Are Atheists moral or immoral? 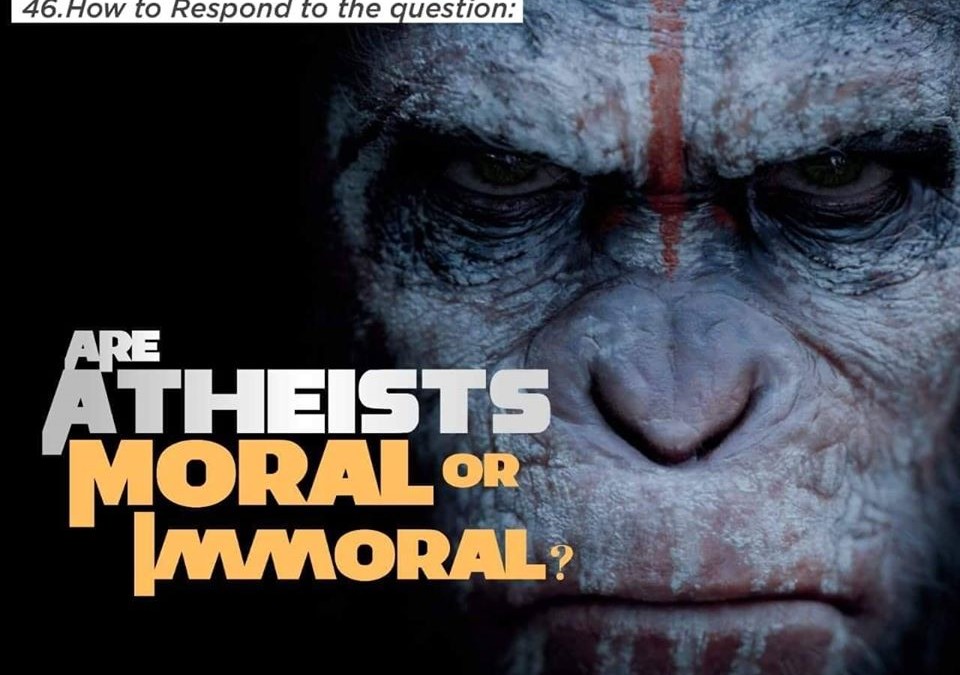 How can you prove some immorality is haram

it’ll be so useful for me not others lol

He will say : I don’t care about others

The police are in my pocket

I will just bribe them

So then who legislates

My short sighted mind or yours

***Who can judge him and take the rights of the murdered if it’s not the King of Kings?!

Atheism is harmful as you can see

And Islam is justice and mercy

💥👉🏼Dont forget in France and Belgium incest is ok

France, Luxembourg and Belgium, it is not necessary legal but there are no laws that prohibit the act.Countries such as Greece, Latvia and Lithuania merely outlaw incest for adults but not minors

👉🏼Atheist Krauss was asked by preacher Hamza Tzortzis why is incest wrong. Krauss said it’s not clear to me that it’s wrong lol

Then Dawkings commented on his twitter as desperate response as jewels thrown to a pig!!!

He means no one can understand our logic lol

Which logic!!! This is mere faith and only Allah can tell us in case science can’t 👊

👉🏼Atheist Dan Barker says rape would be a moral obligation (Butt and Barker, 2009)

👉🏼Sam Harris in his book Letter to a Christian Nation

He says rape is a good evolutionist development !!!

According to evolutionary biologist Richard Dawkins, men having mistresses is not what is immoral, but the rather the notion of monogamy (rooted in our evolved desire for faithfulness) is what is immoral.

Do you agree with these logical people🤣👊😳

Thus, Atheism is the harmful then not religion

👉🏼David Silverman, former president of the American Atheists says man head of atheist organisation in the US says all morals and behaviours are not ok

There is nothing called good Morals ( you can become satan lol)

They asked him could we eat kids cannibalism
He said yes!!
▪︎▪︎▪︎

Now! Can you prove with scientific data incest is haram bc evolutionists allow it

Are they really scientific

How about killing and other abnormalities and immoralities

👉🏼using mind always is deceiving and if livescience says kids need religion how about elders?!!!

The proportional behaviour is the source of evil

Without God there is nothing called good or evil

Yet Allah says we have chosen man

17:70) And indeed We have honoured the Children of Adam, and We have carried them on land and sea, and have provided them with At-Taiyibat (lawful good things), and have preferred them above many of those whom We have created with a marked preference.