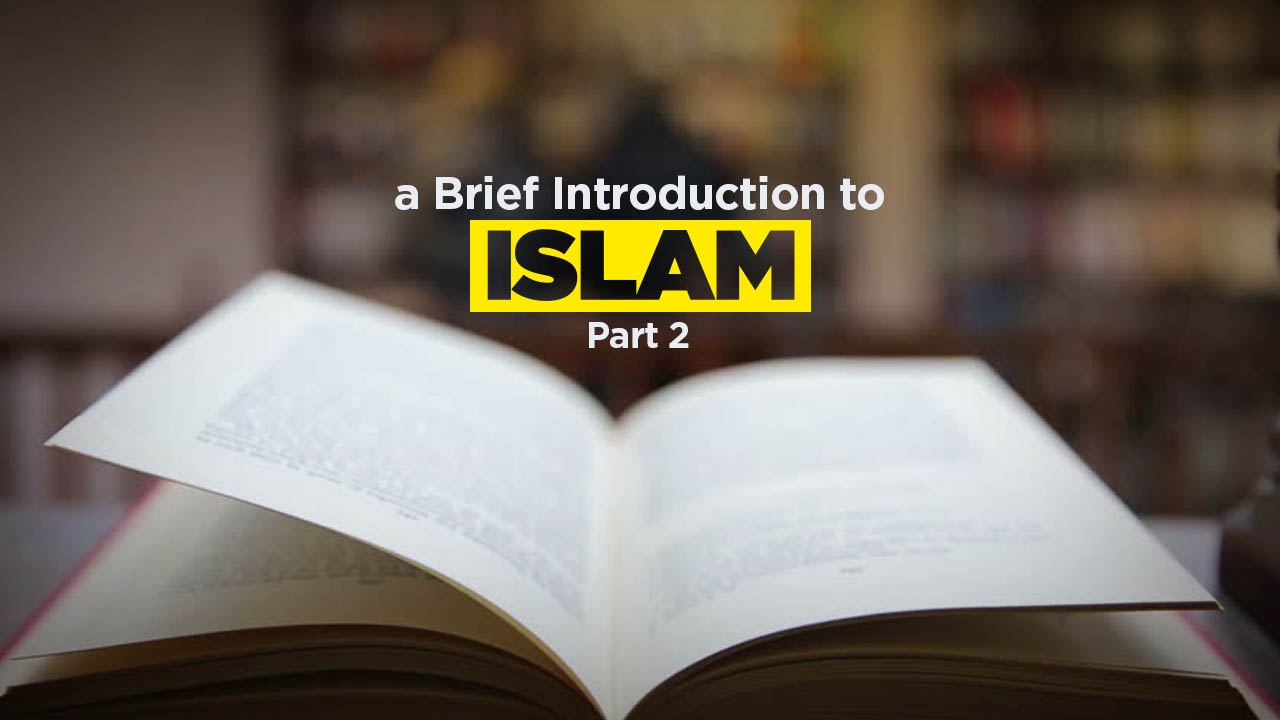 By Daniel Masters, AbdurRahman Squires, and I. Kaka

The Arabic word “Al-Quran” literally means “the recitation”.  When used in regards to Islam, the word Quran means God’s final message to mankind, which was revealed to the Prophet Muhammad.  The Quran, sometimes spelled Koran, is the literal the word of God – as it clearly says time and time again.  Unlike other sacred scriptures, the Quran has been perfectly preserved in both its words and meaning in a living language.  The Quran is a living miracle in the Arabic language; and is know to be inimitable in its style, form and spiritual impact.  God’s final revelation to mankind, the Quran, was revealed to the Prophet Muhammad over a period of 23 years.

The Quran, in contrast to many other religious books, was always thought to be the Word of God by those who believed in it, i.e. it wasn’t something decreed by a religious council many years after being written.  Also, the Quran was recited publicly in front of both the Muslim and non-Muslim communities during the life of the Prophet Muhammad.  The entire Quran was also completely written down in lifetime of the Prophet, and numerous companions of the Prophet memorized the entire Quran word-for-word as it was revealed.  So, unlike other scriptures, the Quran was always in the hands of the common believers; it was always thought to be God’s word and, due to wide-spread memorization,  it was perfectly preserved.

In regards to the teachings of the Quran – it is a universal scripture addressed to all of mankind, and not addressed only to a particular tribe or “chosen people”.  The message that it brings is nothing new, but the same message of all of the prophets – submit to Almighty God and worship Him alone.  As such, God’s revelation in the Quran focuses on teaching human beings the importance of believing in the Oneness of God and framing their lives around the guidance which He has sent.  Additionally, the Quran contains the stories of the previous prophets, such as Abraham, Noah, Moses and Jesus; as well as many commands and prohibitions from God.  In modern times where so many people are caught up in doubt, spiritual despair and “political correctness”, the Quranic teachings offer solutions to the emptiness of our lives and the turmoil that is gripping the world today.  In short, the Quran is the book of guidance par excellence.

Unlike the founders of many religious, the final prophet of Islam is a real documented and historical figure.  He lived in the full light of history, and the most minute details of his life are known.  Not only do Muslims have the complete text of God’s words that were revealed to Muhammad, but they have also preserved his sayings and teachings in what is called “hadeeth” literature.  This having been said, it should be understood that Muslims believe that the Prophet Muhammad was only a man chosen by God, and that he is not divine in any way.  In order to avoid the misguided wish to deify him, the Prophet Muhammad taught Muslims to refer to him as “God’s Messenger and His Slave”.  The mission of the last and final prophet of God was to simply teach that “there is nothing divine or worthy of being worshipped except for Almighty God”, as well as being a living example of God’s revelation.  In simple terms, God sent the revelation to Muhammad, who in turn taught it, preached it, lived it and put it into practice.

In this way, Muhammad was more than just a “prophet” in the sense of many of the Biblical prophets, since he was also a statesman and ruler.  He was a man who lived a humble life in the service of God, and established an all-encompassing religion and way of life by showing what it means to be an ideal friend, husband, teacher, ruler, warrior and judge.  For this reason, Muslims follow him not for his own sake, but in obedience to God, because Muhammad not only showed us how to deal with our fellow human beings, but more importantly, showed us how to relate to and worship God; worship Him in the only way pleasing to Him.

Like other prophets, Muhammad faced a great deal of opposition and persecution during his mission.  However, he was always patient and just, and he treated his enemies well.  The results of his mission were very successful, and even though his mission started in one of the most backward and remotes places on earth, within a hundred years of the death of Muhammad, Islam had spread from Spain to China.  The Prophet Muhammad was the greatest of all of God’s prophets, not because he had new doctrines or greater miracles, but because it was him who was chosen to bear the last revelation which would come to humanity from God, one suitable for all places, times, and people, everlasting and unchanging until the Last Day.

The Islamic Way of Life

In the Holy Quran, God teaches human beings that they were created in order to worship Him, and that the basis of all true worship is God-consciousness.  Since the teachings of Islam encompass all aspects of life and ethics, God-consciousness is encouraged in all human affairs.  Islam makes it clear that all human acts are acts of worship if they are done for God alone and in accordance to His Divine Law.  As such, worship in Islam is not limited to religious rituals.

The teachings of Islam act as a mercy and a healing for the human soul, and such qualities as humility, sincerity, patience and charity are strongly encouraged.  Additionally, Islam condemns pride and self-righteousness, since Almighty God is the only judge of human righteousness.

The Islamic view of the nature of man is also realistic and well-balanced.  Human beings are not believed to be inherently sinful, but are seen as equally capable of both good and evil.

Islam also teaches that faith and action go hand-in-hand.  God has given people free-will, and the measure of one’s faith is one’s deeds and actions.  However, human beings have also been created weak and regularly fall into sin.  This is the nature of the human being as created by God in His Wisdom, and it is not inherently “corrupt” or in need of repair.  This is why the avenue of repentance is always open to all human beings, and Almighty God loves the repentant sinner more than one who does not sin at all.

The true balance of an Islamic life is established by having a healthy fear of God as well as a sincere belief in His infinite Mercy.  A life without fear of God leads to sin and disobedience, while believing that we have sinned so much that God will not possibly forgive us only leads to despair.  In light of this, Islam teaches that only the misguided despair of the Mercy of their Lord.

Additionally, the Holy Quran, which was revealed to the Prophet Muhammad, contains a great deal of teachings about the life in the hereafter and the Day of Judgment.  Due to this, Muslims believe that all human beings will ultimately be judged by God for their beliefs and actions in their earthly lives.  In judging human beings, Almighty God will be both Merciful and Just, and people will only be judged for what they were capable of.

Sufficient is it to say that Islam teaches that life is a test, and that all human beings will be accountable before God.  A sincere belief in the life of the hereafter is the key to leading a well-balanced and moral life.  Otherwise, life is viewed as an end in itself, which causes human beings to become more selfish, materialistic and immoral.

Islam for a Better Life

Islam teaches that true happiness can only be obtained by living a life full of God-consciousness and being satisfied with what God has given us.  Additionally, true “freedom” is freedom from being controlled by our base human desires and being ruled by man-made ideologies.  This stands in stark contrast to the view of many people in the modern world, who consider “freedom” to be the ability to satisfy all of their desires without inhibition.  The clear and comprehensive guidance of Islam gives human-beings a well-defined purpose and direction in life.  In addition to being members of the human-brotherhood of Islam, its well-balanced and practical teachings are a source of spiritual comfort, guidance and morality.  A direct and clear relationship with Almighty God, as well as the sense of purpose and belonging that ones feels as a Muslim, frees a person from the many worries of everyday life.

In short, the Islamic way of life is pure and wholesome.  It builds self-discipline and self-control through regular prayer and fasting, and frees human-beings from superstition and all sorts of racial, ethnic and national prejudices.  By accepting to live a God-conscious life, and realizing that the only thing that distinguishes people in the sight of God is their consciousness of Him, a person’s true human dignity is realized.