Why The Beard? Explained Scientifically 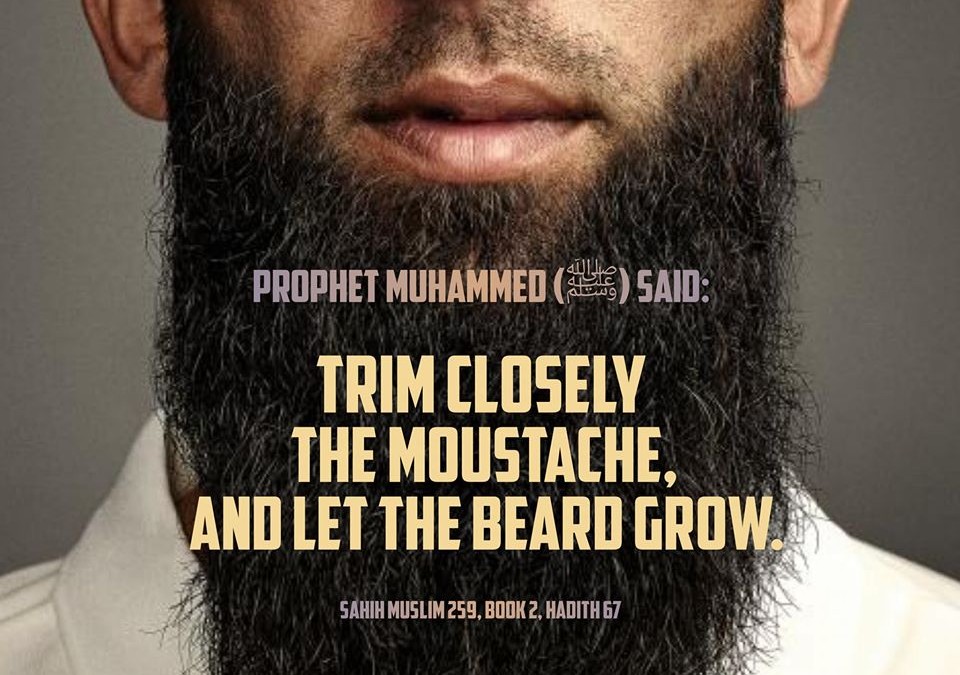 Why the beard scientifically

Reduction of skin allergies and asthma

People who suffer from pollen allergy, cold and asthma, growing a beard can be one sure shot way to help them in fighting them.

Also, it can also reduce the chances in people who are more prone to these allergies and infection. Beard maintains the facial temperature and acts as a filter which increases one’s capacity to fight with these health problems.

Men, who are more exposed to sun, are more prone to get skin cancers. But recent researchers have shown that 95 per cent of UV rays from the sun are blocked by beards. Now what’s better than a beard to protect yourself from a deadly disease that can take away your life completely?

Besides, it gives you a chance to look good.

Many people have various skin infections like pimples, ingrowths and folliculitis and other bacterial infections. But with a beard, you don’t have to worry about all these things. If you have such skin infections, shaving regularly may increase the chances of more infections. If you want to protect yourself from these infections, say no to razors and start growing beard right now.

Guys, if you are looking for a chance to stay young forever, then start growing beard right now.

Beard covers the sebaceous glands of your face that release oil which maintains moisture in your skin. With lesser sun exposure and lesser chance to get wrinkles, you can actually stay young forever.

Facial hair can help keep airborne bacteria out of your mouth, which assists in protecting your throat.

There cannot be the least doubt that the beard, and the hairs that grow in the nostrils, were designed by nature to guard the lungs from these harmful particles. Records state that many cases of throat and lung-diseases that have been permanently cured by wearing a beard.

A beard can improve your sex life

According to a research, women find men with stubbles as tough, mature, aggressive, dominant and masculine. Any women have termed men with beard as best romantic partners. Beards can easily turn on a woman thus, making her give all of herself to you in bed.

So, if you have a crush on woman, start growing a beard and make her yours.

“Men with a lot of skin exposure end up with leathery skin and increase in wrinkles,” Dermatologist Bobby Buka, founder of Greenwich Village Dermatology and section chief at the Mount Sinai School of Medicine, told The Huffington Post. “There’s a condition known as dermatoheliosis — that is chronic sun damage. The manifestion of that is spots, saggy skin and wrinkled skin.”

As Jonha Revesencio mentioned in her HuffPost blog, “Science Explains Why a Beard Makes You Look Hotter,” beards are able to block up to 95 percent of the sun’s harmful UV rays. Citing researchers from the University of Southern Queensland, Revesencio explained that a beard can mitigate sun damage and even reduce a man’s risk of contracting skin cancer

A beard can ward off throat disease.

Facial hair can help keep airborne bacteria out of your mouth, which assists in protecting your throat. The effectiveness of the beard has been documented as far back as 1875! In the book Pulmonary Tuberculosis: Its Pathology, Nature, Symptoms, Diagnosis, Prognosis, Causes, Hygiene, and Medical Treatment, Dr. Addison P. Dutcher

A beard can reduce the chances of bacterial infection. (Bye bye, acne!)

Beards can add an extra layer of protection from infections. While bacteria naturally exists on the skin, shaving can create openings that bring in the bacteria and lead to infections and ingrown hairs. Not shaving can also reduce acne flare-ups.

According to the book The Acne Cure, by Terry J. Dubrow and Brenda D. Adderly, shaving can bring on acne breakouts, worsen existing acne and contribute to acne-related skin infections, per an article on Livestrong.com quoting the book.

Most men feel more attractive with a beard.

German consumer-goods company Braun asked 1,000 New York men this past year about their grooming practices. 67 percent of the men surveyed said they sport facial hair — a beard or a mustache — and over half said they feel more attractive with a beard. 55 percent said they have received compliments about their facial hair, while 41 percent said a beard makes them feel more confident.

Most men feel more attractive with a beard.

German consumer-goods company Braun asked 1,000 New York men this past year about their grooming practices. 67 percent of the men surveyed said they sport facial hair — a beard or a mustache — and over half said they feel more attractive with a beard. 55 percent said they have received compliments about their facial hair, while 41 percent said a beard makes them feel more confident.

IF YOU ARE STILL WILLINGLY TO CUT’S YOUR BEARD, AT YOUR OWN AGE, WALLaHI WHICH MEANS THAT YOU DON’T ACTUALLY KNOWN WHAT’S WRONG WITH YOU!!!

Shaving the beard is haraam because of the saheeh ahaadeeth that clearly state this, and because of the general application of texts that forbid resembling the kuffaar. One of these reports is the hadeeth of Hadith of Abdullah Ibn Umar

1. Narrated Nafi’: Ibn Umar said, The Prophet said, ‘Do the opposite of what the pagans do. Keep the beard s and cut the moustaches short.’ Whenever Ibn ‘Umar performed the Hajj or ‘Umra, he used to hold his beard with his hand and cut whatever moustaches. Ibn Umar used to cut his moustache so short that the whiteness of his skin (above the upper lip) was visible, and he used to cut (the hair) between his moustaches and his beard . (Bukhari Book 72 Hadith 780)

2. According to another report: ‘ Be different from the mushrikeen: cut the moustache and let the beard grow. ” Narrated by Muslim, 602.

3. And Muslim (383) narrated that Abu Hurayrah (may Allaah be pleased with him) said: The Messenger of Allaah (peace and blessings of Allaah be upon him) said: “Trim the moustache and let the beard grow; be different from the Magians (Zoroastrians). ”

4. On one occasion, when the Prophet s.a.w received two of Kissra’s11 emissaries, he disliked to look at them when he saw that they were shaven and with grown
mustaches. He ρ said:
“Woe to you! Who ordered you to do this? They said: “Our Lord (meaning their
Kissra)”. The Messenger of Allaah ρ then said: “ But my Rabb (Allaah) ordered me to let my beard grow and to trim my mustache.”

The imperative wording in the Prophet’s statement indicates that it is obligatory to comply with the command, and as such, the one who complies will be rewarded and the one who does not is subject to punishment (i.e. as Allaah (Subhanahu wa taala) wishes).

“Ten are the acts of Fitrah: clipping the mustache, letting the beard grow, using as-Siwaak, snuffing up water in the nose, cutting the nails, washing the finger joints, plucking the hair under the armpits, shaving the pubes, and cleaning one’s private parts with water. The narrator said, ‘I have forgotten the tenth, but it may have been rinsing the mouth.’” { Muslim in his Saheeh, V.1, hadeeth # 502. }
The Fitrah is the state upon which the creation of Allaah’s bondsmen has been initiated. He implanted within their nature, its execution, an inclination towards it, and a tendency to like it; He brought them to dislike what contradicts it. In fact, if a man abandons the qualities of Fitrah, his feature will no longer be like that of human being,-then how should one from amongst the common people of Islam, the Deen of Fitrah, be?!

The person on a straight Fitrah which is not spoiled by the influence of the surrounding environment, keeps inclined by his nature to dislike anything of his body that is not part of its natural beauty. He is also inclined to like the created characteristics of Fitrah, even in the absence of any revealed legislation concerning them. So, how about when they came within the Laws revealed to all of the Prophets from Allaah?

As-Suyuti, may Allah’s Mercy be upon him, said: “The best that has been said about the explanation of Fitrah is that it is the old Sunnah (way) chosen by the Prophets which is in agreement with (all) the revealed Laws, thus, indicating that it is a matter upon which they have been created.”

Shaykh al-Islam Ibn Taymiyah (may Allaah have mercy on him) said: “The Qur’aan, Sunnah and ijmaa’ (scholarly consensus) all indicate that we must differ from the kuffaar in all aspects and not imitate them, because imitating them on the outside will make us imitate them in their bad deeds and habits, and even in beliefs, which will result in befriending them in our hearts, just as loving them in our hearts will lead to imitating them on the outside.

Al-Tirmidhi reported that the Messenger of Allaah (peace and blessings of Allaah be upon him) said, “He is not one of us who imitates people other than us. Do not imitate the Jews and Christians.” According to another version: “Whoever imitates a people is one of them.” (Reported by Imaam Ahmad) ‘Umar ibn al-Khattaab rejected the testimony of the person who plucked his beard.

Imaam Ibn ‘Abd al-Barr said in al-Tamheed: “It is forbidden to shave the beard, and no one does this except men who are effeminate” i.e., those who imitate women. The Prophet (peace and blessings of Allaah be upon him) had a thick beard (reported by Muslim from Jaabir).