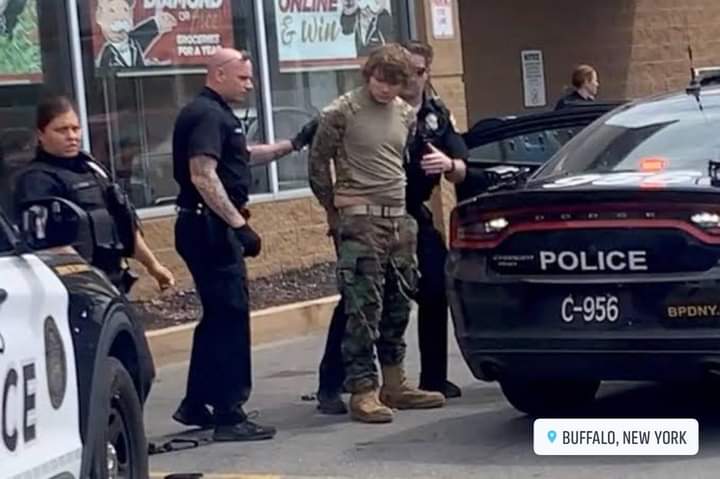 He doesn’t get the title “ᴛᴇʀʀᴏʀɪꜱᴛ” because his not a Muslim!

An 18-year-old white gunman shot 10 people to death and wounded three on Saturday at a grocery store in a Black neighborhood of upstate New York, before surrendering after what authorities called an act of “racially motivated violent extremism.”

He said: “The number of white people is decreasing and this bothers me”.

Have you heard of similar events in Islamic countries, as it happens almost daily in the West?
No.. The Messenger of God ﷺ said:

“There is no difference between an Arab or a non-Arab, or a white or a black person, except by piety(religiosity).”

The Prophet ended this matter with one hadith 1400 years ago!
There is no racism in Islam at all
We all are brothers and sisters in Islam