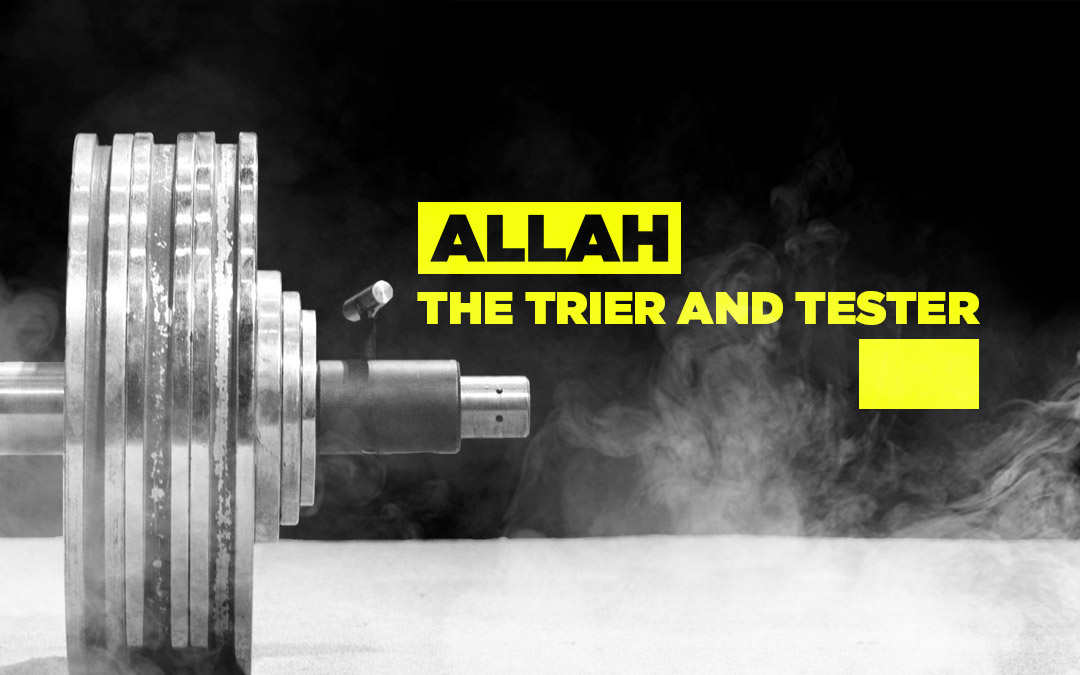 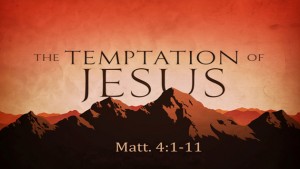 The names and attributes of God include “the Trier” and “the Tester”. The Lord and Creator of this universe is intuitively the One Who can try and test all creatures and none can try or test Him.

In the Qur’an, God (called “Allah” in Arabic) is often referred to as the One Who tries and tests others, not vice versa. For example, we read:

And [mention, O Muhammad], when Abraham was tried by his Lord with commands and he fulfilled them, [Allah] said, “Indeed, I will make you a leader for the people.” [Abraham] said, “And of my descendants?” [Allah] said, “My covenant does not include the wrongdoers.” (Al-Baqarah 2:124)

And We will surely test you with something of fear and hunger and a loss of wealth and lives and fruits, but give good tidings to the patient, (Al-Baqarah2:155)

And when Saul went forth with the soldiers, he said, “Indeed, Allah will be testing you with a river. So whoever drinks from it is not of me, and whoever does not taste it is indeed of me, excepting one who takes [from it] in the hollow of his hand.” But they drank from it, except a [very] few of them. Then when he had crossed it along with those who believed with him, they said, “There is no power for us today against Goliath and his soldiers.” But those who were certain that they would meet Allah said, “How many a small company has overcome a large company by permission of Allah . And Allah is with the patient.” (Al-Baqarah 2:249)

You will surely be tested in your possessions and in yourselves. And you will surely hear from those who were given the Scripture before you and from those who associate others with Allah much abuse. But if you are patient and fear Allah – indeed, that is of the matters [worthy] of determination. (Aal `Imran3:186)

The Bible tells us that Jesus taught his disciples to ask God (called “Father” in Christianity) in their prayers to lead them not into temptation. We read: Pray then like this: “Our Father in heaven, hallowed be your name. Your kingdom come, your will be done, on earth as it is in heaven. Give us this day our daily bread, and forgive us our debts, as we also have forgiven our debtors. And lead us not into temptation, but deliver us from evil.” (Matthew 6:9-13)

The Bible also informs us that Jesus underwent several trials and tests one time at the hands of Satan and other times at the hands of people like the Pharisees and Sadducees. About Jesus’ trial by Satan, we read: Then Jesus was led by the [Holy] Spirit into the wilderness to be tempted by the devil. After He had gone without food for forty days and forty nights, He became hungry And the tempter came and said to Him, “If You are the Son of God, command that these stones become bread.” (Matthew 4:1-3)

More than once, the Bible tells us that Jesus was tried and tested by people. For example, we read: “Now the Pharisees and Sadducees came up, and testing Jesus [to get something to use against Him], they asked Him to show them a sign from heaven [which would support His divine authority].” (Matthew 16:1)

We also read: And Pharisees came to Jesus, testing Him and asking, “Is it lawful for a man to divorce his wife for just any reason?” (Matthew 19:3)

We further read: Then the Pharisees went and conspired together plotting how to trap Him by [distorting] what He said. They sent their disciples to Him, along with the Herodians, saying, “Teacher, we know that You are sincere and that You teach the way of God truthfully, without concerning Yourself about [what] anyone [thinks or says of Your teachings]; for You are impartial and do not seek anyone’s favor [and You treat all people alike, regardless of status]. Tell us then, what do You think? Is it permissible [according to Jewish law and tradition] to pay a poll-tax to Caesar, or not?” But Jesus, aware of their malice, asked, “Why are you testing Me, you hypocrites?” (Matthew 22:15-18)

Since God is the One Who tries, tests and leads or not lead people into temptation, and Jesus was tried, tested and tempted by Satan and people according to the Bible, Jesus can never be God.