Innocent Children Suffer : How come there is a God? – Ask A Muslim Skip to content 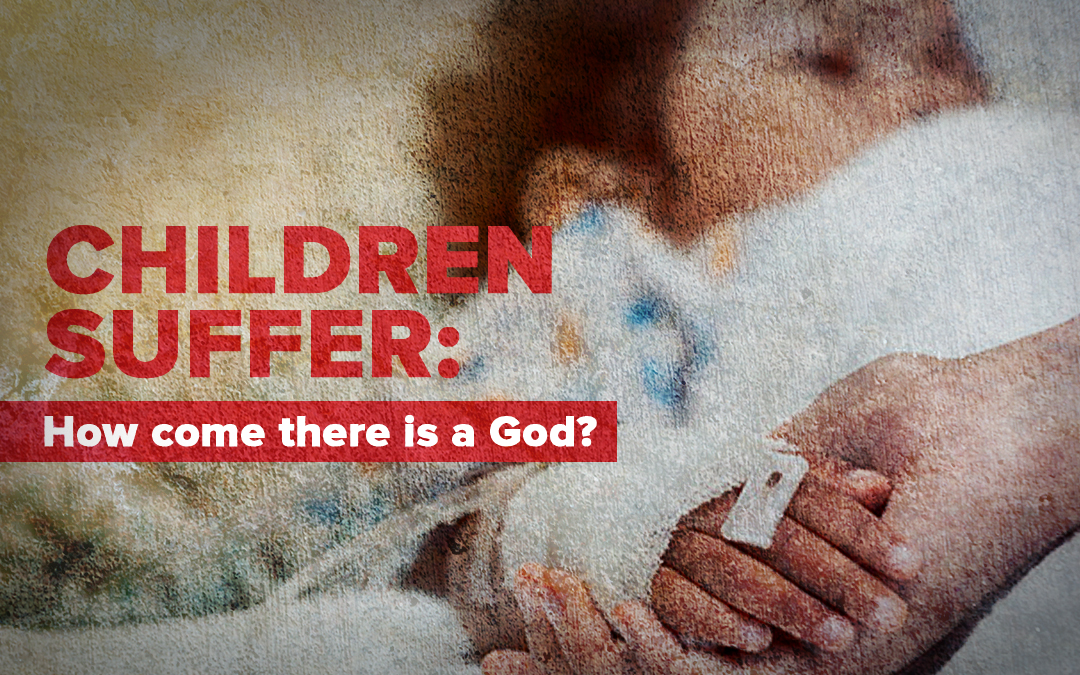 I tried to call a cooleague of mine to belief in God, and to Islam. He said that his main barrier to belief in existence of God was the puzzle that totally innocent children go through pain and suffering on Earth, and that he could not understand why, if a God existed, this could be allowed to happen.
I gave it some thought, and came up with an answer, but would like your comments too before communicating to him the answer. I wouldn’t like to tell you about my answer since it might affect your original thinking.

Praise be to Allaah.

All people should know that Allaah is All Wise, and that there is great wisdom behind His commands and decrees. He may let His slaves or some of them know the wisdom behind them, or it may be concealed from them as a test and a trial.

What He decrees in general matters happens for a general reason, such as sending the Prophet (peace and blessings of Allaah be upon him). Allaah has told us that He sent him as a Mercy to the worlds. And similarly He created the jinn and mankind so that they might believe in Him and worship Him alone.

Based on this, everything that He does, we know that there is wisdom behind it. This is sufficient for us in general terms, even if we do not know the details. Our lack of knowledge about the details of His wisdom is like our lack of knowledge about the details of His Essence. Just as it is proven that His attributes are perfect but we cannot know how His Essence is, so we do not reject what we know and are sure of (that He is perfect) because of what we do know (the details of His perfection). Similarly we know that He is All-Wise in all that He does and commands. The fact that we may not know the wisdom behind some minor decrees and issues should not undermine the basic principle of what we know of His wisdom. So we should not deny what we know of His wisdom because we do not know all the details of His wisdom. We know that whoever realizes the brilliance of mathematicians, doctors and grammarians but does not share their attributes by virtue of which they deserve prominence, cannot criticize what they say because he does not comprehend what they are saying. People are less likely to understand the wisdom of Allaah in His creation than the common man is to understand mathematics, medicine and grammar. So objecting to Allaah’s wisdom is more ignorant and the one who does that is worse off than an ignorant man who criticizes mathematics, medicine and grammar without having any knowledge of these disciplines.

Undoubtedly in Allaah’s allowing children to suffer there is great wisdom which may be hidden from some people, thus they object to the Divine decree and the Shaytaan takes advantage of this issue to turn him away from the truth and right guidance.

Among the reasons why Allaah allows children to suffer are the following:

1-It is a means to show that the child is sick or in pain; if it were not for that suffering it would not be known what sickness he is suffering from.

2-The crying that is caused by the pain brings great benefits to the child’s body.

3-Learning lessons: the family of this child may be committing haraam actions or neglecting obligatory duties, but when they see the suffering of their child, that prompts them to give up those haraam actions such as consuming riba, committing zina, not praying or smoking, especially if the child’s suffering is due to an illness that they caused, as happens in the case of some of the haraam things mentioned above.

4-Thinking about the Hereafter, for there is no true happiness and peace except in Paradise; there is no suffering and pain there, only good health, well-being and happiness. And thinking about Hell, for that is the abode of eternal and never-ending pain and suffering. So one will do that which will bring him nearer to Paradise and take him further away from Hell.

Then think about the wisdom of Allaah in causing children to cry a lot, and the benefits that that brings to them. The doctors and naturalists have attested to the benefits of that and the wisdom behind it. They said: There is moisture in children’s brains which, if it were to remain in their brains, would cause a great deal of harm. So crying draws that moisture out and drains it from their brains, which makes them stronger and healthier.

How greatly do children benefit from the crying and yelling that we hear from them. If this is the wisdom with regard to crying that is caused by pain and the wisdom behind this never crossed your mind, the same applies to the suffering of children and its causes and good consequences. There is a great deal of wisdom that may be hidden from most of the people and they are greatly confused about it.

These pains are one of the inherent features of man’s development from which no man or animal can be free. If man were free of pain he would not be a man, rather he would be an angel or some other creature.

Children’s pain is not more difficult than the pain experienced by grownups, but grownups have become accustomed to pain so it is no longer a big issue for them. What a great difference there is between what a child suffers and what a rational adult suffers.

All of that is one of the main aspects of the human condition. If man were not created like that he would be a different creature. What do you think if a child gets hungry or thirsty or cold or tired – is it something that he was singled out for and tested with that the grownups are not tested with? Man – and indeed animals – have been created on this basis.

They said: If someone were to ask: Why has man been created thus? Why was he not created without this vulnerability to pain and suffering?