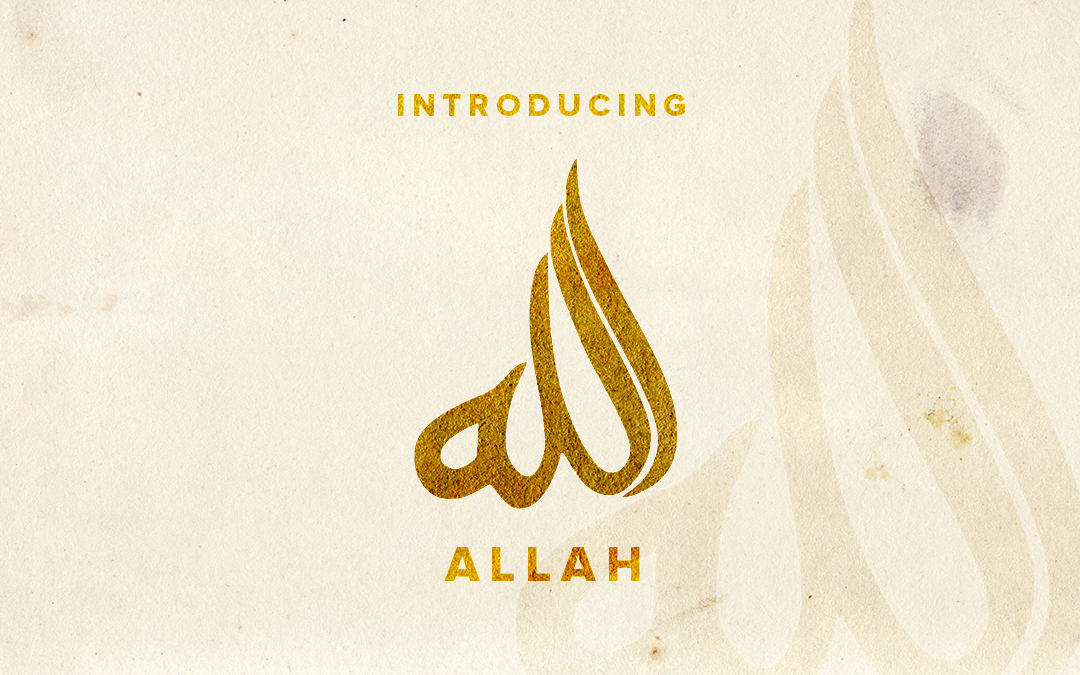 God, in Arabic “Allah” is One. He is unique, nothing is like Him (He is not a man as some people might wrongly imagine), He is The Creator and Lord of everything (every, human, animal, plant, organism, star, galaxy; in fact the entire universe), and everything else other than Him is His creation. Everything in the universe belongs to Him.

God is The First and The Last. Cosmologists and scientists who still wonder how this universe all started can be briefed that the Prophet Muhammad, may the mercy and blessings of God be upon him, said, “First of all, there was nothing but God (then He created His throne). His throne was over the water, and He …. created the heavens and the earth.”[1]

God is above all. God Almighty is physically above the universe raised above His Throne in a way that suits His Majesty. He is above all. Everything is below Him. No man can imagine or comprehend how God looks like; it is beyond our ability to do so. No man has ever seen God and only in Paradise will the believers be granted the greatest bliss which is when God Almighty will reveal His Face and the believers will be able to see Him.

God does not sleep, rest or eat. Unlike humans the Almighty is praised from any weakness or imperfection, such as the need to sleep, rest or eat. Instead, He grants the blessing of sleep and feeds mankind in the hope that they will be thankful and acknowledge their need for Him.

God knows, sees and hears everything. Consider how far any human can see with his/her eyes at a given time; and now consider (Praise be to God) that God Almighty sees all what 7 billion people can see; and He sees, hears and knows every large and tiny event that occurs in the universe. Furthermore, God, and only God knows, the future. Is there anyone like God? Is there any one worthy of worship other than Him?

God is The All-Strong, The All-Powerful and is capable of everything.  When Prophet Moses asked God that he wanted to see The Almighty, God told Moses to look at a mountain and if the mountain stayed in place he would see Him; and when The Almighty revealed Himself to the mountain it got totally obliterated and Moses was knocked out unconscious.

Natural occurrences such as hurricanes, volcanoes, earthquakes, supernovas in outer space are all signs of how strong, powerful and magnificent God is. An intriguing fact is that the known universe (to man) is approximately 93 billion light years in diameter, i.e. is a distance of 550 billion trillion miles. Which means a spaceship, travelling at 20,000 mph, would take approximately 3139 trillion years to travel the diameter of the “known” universe.

Now read what God says, “They made not a just estimate of God such as is due to Him. And on the Day of Resurrection the whole of the earth will be grasped by His Hand and the heavens will be rolled up in His Right Hand. Glorified be He, and High be He above all that they associate as partners with Him.” (Quran 39:67) On the Day of Judgment the entire known universe will be held in the Right Hand of God Almighty. Is there anyone like God? Is there any one worthy of worship other than Him?

God is The Most Merciful.  The Most Merciful is One of God’s Names. Some of His other Names are The All-Compassionate, The Creator, The Only One, The Light, The Magnificent, The Generous, The Glorious, The Most Sacred, The Sustainer, The Majestic One, The Source of Peace, The Giver of Life, The Taker of Life, The Loving One, The Forgiving, The Ever-Acceptor of repentance, The Wise One, The Just, and The Avenger. It is of extreme benefit when asking God for anything to call Him by His Beautiful Names. When asking for wealth one can say “Oh God, The Generous” and when asking for forgiveness one can say “Oh God, The Forgiving, The Ever-Acceptor of repentance”.

From the Lord’s Mercy is that, “He restrains the sky from falling upon the earth, unless by His permission. Indeed God, to the people, is Kind and Merciful.” (Quran 22:65) The Prophet Muhammad, may the mercy and blessings of God be upon him, once saw a nursing mother desperately looking for her lost infant, and when she found her child the Prophet said, “Do you think that this lady can throw her son in the fire?”  We replied, “No, if she has the power not to throw it (in the fire).” The Prophet then said, “God is more merciful to His slaves than this lady to her son.”[3]

God is The Eternally Living One, The Self-Existing One. These are another two of God’s Beautiful Names. Everything that exists needs God for survival and God need’s no one. Every human will perish, while The Lord of Majesty and Honor (also one of His Beautiful Names) is everliving; immortal.

“Indeed, your Lord is God, Who… covers the night with the day, [another night] chasing it rapidly; and [He created] the sun, the moon, and the stars, subjected by His command. Unquestionably, His is the creation and the command; blessed is God, Lord of the worlds.” (Quran 7:54)  Everything that happens in this world is not by itself or by coincidence, but it is The Almighty who is controlling everything.  Day and night, summer and winter, rainfall and drought, every cell function in the body (of which there are trillions of), the germination of seeds into plants, cell multiplications that form an embryo then a child, and people dying; all occur by the command of God.  Is there anyone like God?  Is there any one worthy of worship other than Him?