Jesus Is A Muslim – Ask A Muslim Skip to content 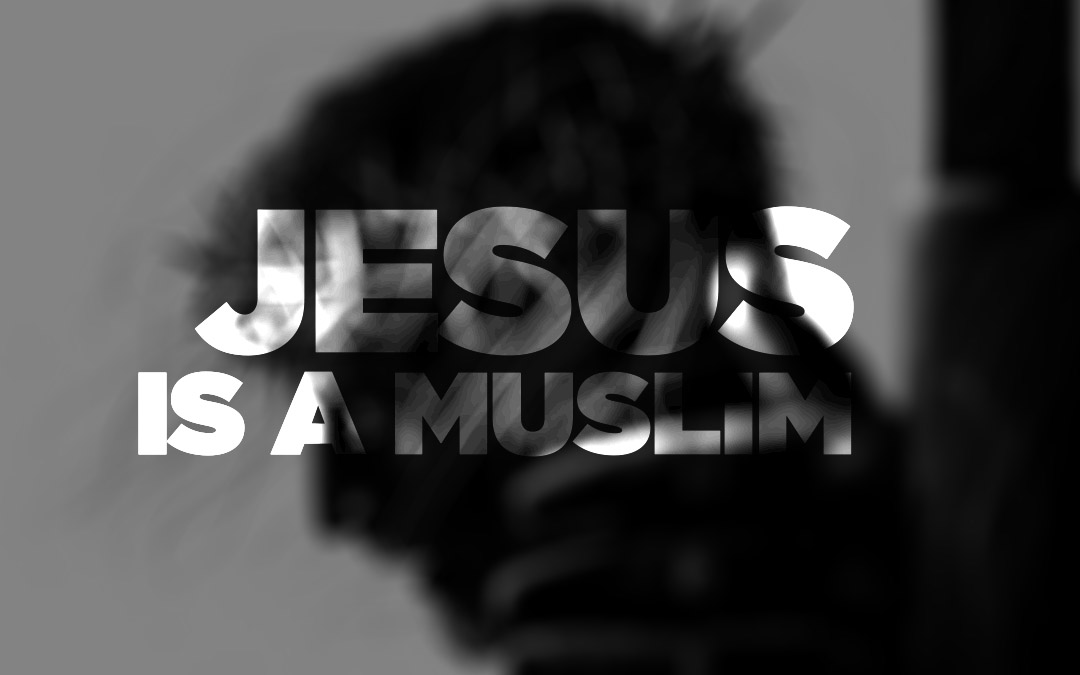 Muslims are Christians – if “Christian” means someone following the teachings of Christ. By learning about Islam you are not disobeying Jesus. Just the opposite is true.

For example the Quran forbids Swine, (Holy Quran 2:173) and so too does the bible (Deuteronomy 14:8). This is also the case with interest whereby it is forbidden in the Quran 3:130 and also in Deutronomy 19:20. This is the case of many others as well. So why is it that Muslims are the only one’s forbidding swine and forbidding Interest – as Jesus taught?

Muslims are following the teachings of Jesus, while most Christians have began to follow the Church – this is why the Quran needed to be revealed.  (Holy Quran 9:31)

The word begotten has officially been removed from the Revised Standard Version of the Bible.

John  (5:7) For there are three that bear record in heaven, the Father, the Word, and the Holy Ghost: and these three are one.

John (3:16) For God so loved the world, that he gave his only begotten Son, that whosoever believeth in him should not perish, but have everlasting life.

In the bible it also states that God has many sons (Luke 3:38), and in my opinion there is nothing wrong with this. As long as you are referring to sons as in followers of God. What makes Jesus more of a miracle than Adam? (who had no father nor mother). To God it is simple “be and it is” (Holy Quran 2:117).

For example, Jesus never said I am God worship me, rather he would say statements such as “OUR father who art in heaven”, and not MY father. I have also posted the link to one of the first Bible’s which states that Jesus is the servant of God.

This verse is also found in the Quran.

“I am a servant of Allah. He will reveal the Book to me and make me a prophet. He blessed me wherever I am. In the rules revealed to me there will be a special attention given to prayers and charity. Allah predestined that I will be kind to my mother and not a tyrant with a bad ending. Peace was on me the day I was born, peace will be on me on the day I will die, and on the day I am raised alive again!”  [Holy Qur’an, Chapter 19 Maryam, verse 30-33 ]

Did Jesus ever speak of Muhammad?

Jesus has said that “Every spirit (meaning every prophet) that confesses that Jesus Christ is come in flesh is of God (John 4:2). Muhammad did indeed confess Jesus Christ as a messenger of God.

Muhammad is also mentioned by name in (Song of Solomon 5:16). In the original Hebrew transcript it clearly states the word “Muhammad” when Solomon is talking about His “friend” and “how sweet his words are”.

Also in the prophecy of Jesus he states that a spirit is to come after him and reside as “The comforter”.

Many Christians claim that due to the presence of the word spirit, we must conclude that it is reffering to the Holy Spirit. However in Revelation 1:4, Seven spirits are mentioned. As there is only one “Holy spirit” (according to Christian belief), we cannot conclude on this statement so easily.

Also the comforter is described with 8 masculine pronouns (“He”), nowhere else in the bible is the Holy Spirit referred to in such terminology as the “Holy Spirit” is neither male nor female and is regarded as “it”. Therefore the assumption that it is referring to a man, would be quite possible.

Muhammad testified that Jesus was of God.

“But I tell you the truth: It is for your good that I am going away. Unless I go away, the Comforter will not come to you; but if I go, I will send him to you. When he comes he will convict the world of guilt in regard to sin and righteousness and judgment” John 16; 7,8

Muhammad came after Jesus and did indeed convict righteousness and judgement, while the Holy Spirit was present the entire time even during the birth of Jesus and his ministry. (Elizabeth in Luke 1:41 and Zechariah in Luke 1:67). If Christians still want to argue that it is indeed the Holy Spirit, then they must admit their bible has been corrupted as there is a clear inconsistency.

But when he, the Spirit of Truth comes, he will guide you into all truth. He will not speak on his own, he will speak only what he hears, and he will tell you what is yet to come. He will bring glory to me by taking from what is mine and making it know to you. All that belongs to the Father is mine. That is why I said the Spirit will take from what is mine and make it known to you. John 16:13-15

Muhammad did not speak of his own (Holy Quran 69:41-46). He also spoke of what he heard from Angel Gabriel, and he told us of what is yet to come. This verse is also clearly referring to a spirit that can speak, while the Holy Spirit is incapable of speech as it only groans and utters words which are in-comprehensive (Romans 8: 25-30). As mentioned before he did enforce what Jesus had enforced aswell, and did spread the same message as Jesus.

The comforter was also to reside with us forever. This is in tune with the Quran that Muhammad is the final messenger, the Quran is the final testament, and the message will remain forever.

His teachings are in tune with the Quran, the Quran IS the final testament. So what is stopping you from accepting Muhammad, when Jesus told you to. I hope I have shed light on this.

And (remember) when Allâh will say (on the Day of Resurrection): “O ‘?s? (Jesus), son of Maryam (Mary)! Did you say unto men: ‘Worship me and my mother as two gods besides Allâh?’ ” He will say: “Glory be to You! It was not for me to say what I had no right (to say). Had I said such a thing, You would surely have known it. You know what is in my inner-self though I do not know what is in Yours, truly, You, only You, are the All-Knower of all that is hidden (and unseen). “Never did I say to them aught except what You (Allâh) did command me to say: ‘Worship Allâh, my Lord and your Lord.’ And I was a witness over them while I dwelt amongst them, but when You took me up, You were the Watcher over them, and You are a Witness to all things. [Holy Qur’an 5:116-117]