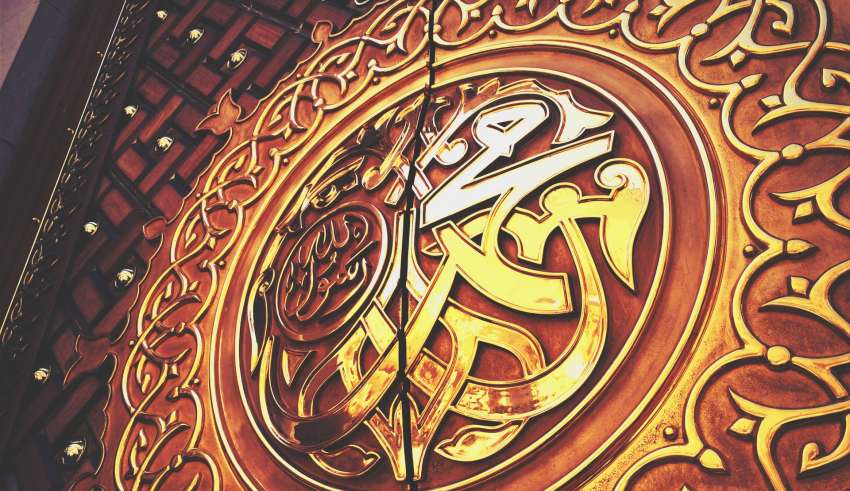 The prophecy in the Islamic religious conception is based on the fact that it is information and news from God Almighty to anyone who created it through the King’s meanings of the legislation and religion that God wants his slaves on  earth to work and to adopt its laws, the source of revelation in the Islamic conception and its only source of God Almighty

This meaning is explicit in the Qur’an, and it is one of the strongest meanings appearing in its verses, Almighty says: “It is not given to any human being that Allah should speak to him unless (it be) by Revelation, or from behind a veil, or (that) He sends a Messenger to reveal what He wills by His Leave. Verily, He is Most High, Most Wise”.

Mental and existential evidence is based on the fact that the revelation does not originate from within the Prophet, and does not stem from his own being, and is not dependent on his desires and tendencies, but it is a fact coming down to him from God, the most important evidence of this:

The Qur’an contained knowledge and science that is impossible for any person to obtain by the power of his mind or broadness of intelligence, and it is impossible to be the result of a psychological state experienced by the Prophet.

The Qur’an contains detailed news about nations, groups, prophets, and historical events of history  and The Prophet (peace and blessings of Allah be upon him) did not contemplate these events and did not learn them in his life.

Some of this  knowledge is   mathematical figures and some exact numbers, as stated in the story of Noah from the number of years of his call and in the story of the owners of the cave “and stayed in their cave three hundred years and increased nine” as well as the Qur’an included detailed names for men, nations, villages and tribes.

Mohammed Abdullah Deraz says: This view is propagated by atheists today in the name of “psychological revelation,” claiming that by this designation they have come up with a new scientific opinion

What is new is that, they portrayed the Prophet peace be upon him a man with wide imagination and a deep sense or even a poet, then they went further and made his conscience overwhelm his senses so that he imagined that he sees and hears someone who speaks to him, and what he sees and hears is  only the image of his Achilles and his consciences. So he is crazy, or a pipe dream, that they could not stand so long on these explanations, they had to abandon the word psychological revelation when it appeared to them in the Qur’an  side of the past and future news.

Some of the things that appear in the Qur’an are:

The personality of the Prophet (peace and blessings of Allah be upon him) disappeared, at most times he does not mention anything about himself and is completely stripped of his reference.

When he says something about himself, he says it to judge himself, to control his behavior, or to control him, and concerning his joys and sorrows, we know how sad it was for him that his children, his friends and companions died, until the year of grief was called the year in which his uncle and his wife died, and lost the source of moral help that was supported, but we do not find in the Koran any echo of these painful events, one of the most influential human souls.

The absence of such infos is proof that the feelings of the Prophet (peace and blessings of Allah be upon him) and his insides are not a source of revelation, and have no effect on him, but a fact coming down from God in heaven.

3⃣The third evidence: The prophecy of the Prophet (peace and blessings of Allah be upon him) is not confined to the Qur’an alone, but is a complex state of legislation, cosmic and sensory miracles, different moral and psychological conditions, and the meeting of all these things is impossible to have because of the power of imagination or the broadness of intelligence, or through human experience.

It is known that the Prophet (peace be upon him) during his prophecy made many cosmic miracles, such as the split of the moon, and the exit of water from his fingers, and the increase of food and healing of some diseases, and other conditions beyond the norm.

And doing these things is impossible to be the result of life experience, or the power of imagination, or the intensity of intelligence.

The studier of the prophet’s biography peace be upon him finds that it was surrounded by things and events before and during the prophecy it is a clear indication that the revelation that came down to him was not from the soul of the Prophet, peace be upon him, his feelings, his mind and his experience, but rather an independent fact on himself coming down from Allah above

Before the birth of the Prophet (peace and blessings of Allah be upon him), an incident occurred in which the elephant was protected by the Ka’bah and showed the honor of his great house, as well as what happened during his birth, as well as telling the priests about his affairs, what the jinn told each other  of his prophecy, things beyond his ability

These incidents indicate that the prophecy that came down to the Prophet peace be upon him was not due to his life experience, nor to the power of his imagination, but is the choice and divine selection, preparation and arrangement of the Lord, and therefore created all the appropriate circumstances and conditions.

He was plagued by his wife’s honor , one of the greatest scourges that can be inflicted on humans, as well as asked questions he did not know their answers, Similarly, there were events in which the verdict was not known. If the revelation was compliant to the power of the Prophet’s imagination or personal experience or intense intelligence or desire, the Prophet peace be upon him would proceed to defend his wife directly, or to answer those questions directly in order to embarrass himself.

If what the Prophet (peace and blessings of Allah be upon him) came with was as a result of a mental or neurological illness or stemmed from his own emotions,

👉🏼why did his enemies acknowledge him in the end?! Why did they follow him knowing his condition and every detail of his life?!

It is totally wrong to say they followed him for fear of the sword and murder,

These and other proofs prove conclusively that the prophecy of the Prophet (peace and blessings of Allah be upon him), the revelation that came down on him cannot come from within, or arise from his own experience, but  is a fact coming down from Allah Almighty, with these proofs, this objection invalid  and exposes its defect, disturbance, and cognitive evidentiary corruption.