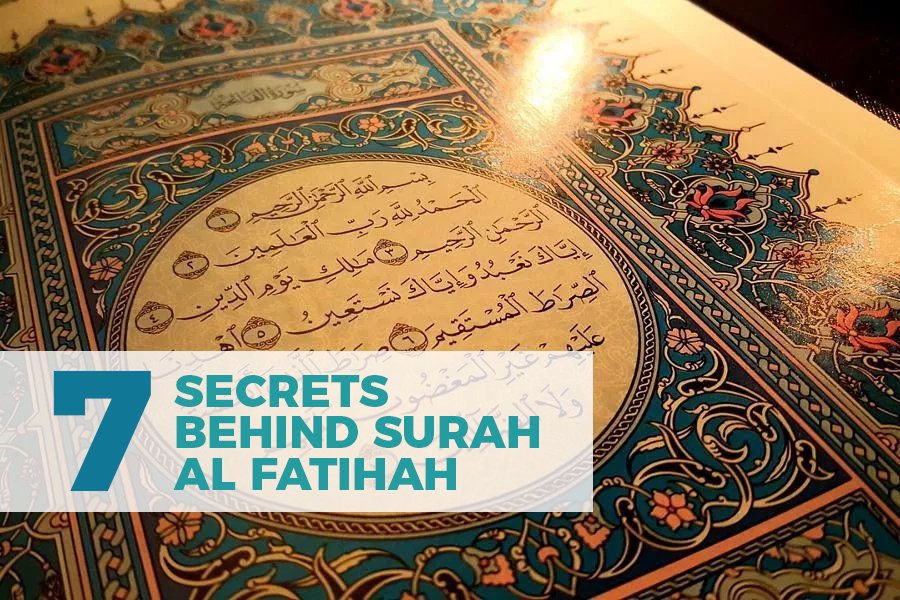 We recite Surah Al Fatihah over 17 times a day, but how often do we stop and ponder over the greatness of this Chapter. Here is a short list of seven amazing virtues of this short yet incredibly powerful chapter of Quran.

When the Prophet Muhammad ﷺ said to a companion that he would teach him the greatest chapter in the Quran, he recited Surah Al Fatihah.

While I was praying, the Prophet called me but I did not respond to his call. Later I said,

‘O you who believe! Give your response to Allah (by obeying Him) and to His Apostle when he calls you’?”

“Shall I not teach you the most superior Surah in the Qur’an?” He said, ‘(It is), ‘Praise be to Allah, the Lord of the worlds. ‘ (i.e., Surat Al-Fatiha) which consists of seven repeatedly recited Verses and the Magnificent Qur’an which was given to me.”

The Prophet Muhammad ﷺ said that

“Whoever does not recite Surah Al Fatihah in his prayer, his prayer is invalid.”

The Prophet ﷺ said that Al Fatihah is

A companion once recited Al-Fatihah over a scorpion bite, to which the Prophet commanded him saying

“Rejoice in two lights brought to you which have not been brought to any prophet before you, Al-Fatihah and the last verses of Al- Baqarah”.

Ibn ‘Abbas narrated:
“While Jibril was with the Messenger of Allah, he heard a noise from above. Jibril lifted his sight to the sky and said: “This is a door in the Heavens being opened, and it has never been opened before now.” An Angel descended from that door and came to the Prophet and said: “Receive the glad tidings of two lights that you have been given, which no other Prophet before you was given: the Opening of the Book (Al Fatiha), and the last verses of ‘al-Baqarah.’ You will not read a letter of them except that you will gain its benefit.”

Surah Al Fatihah is the seven oft-repeated verses as mentioned in Surah Al Hijr, Verse 87. This is because it is repeated in every unit of prayer.

This Chapter contains a supplication for protection from misguidance and from the anger of Allah. This thus protects the heart from corrupt knowledge and evil intentions.

“You (Oh Allah) we worship and from You do we seek help”.