The Quran on Clouds – Ask A Muslim Skip to content 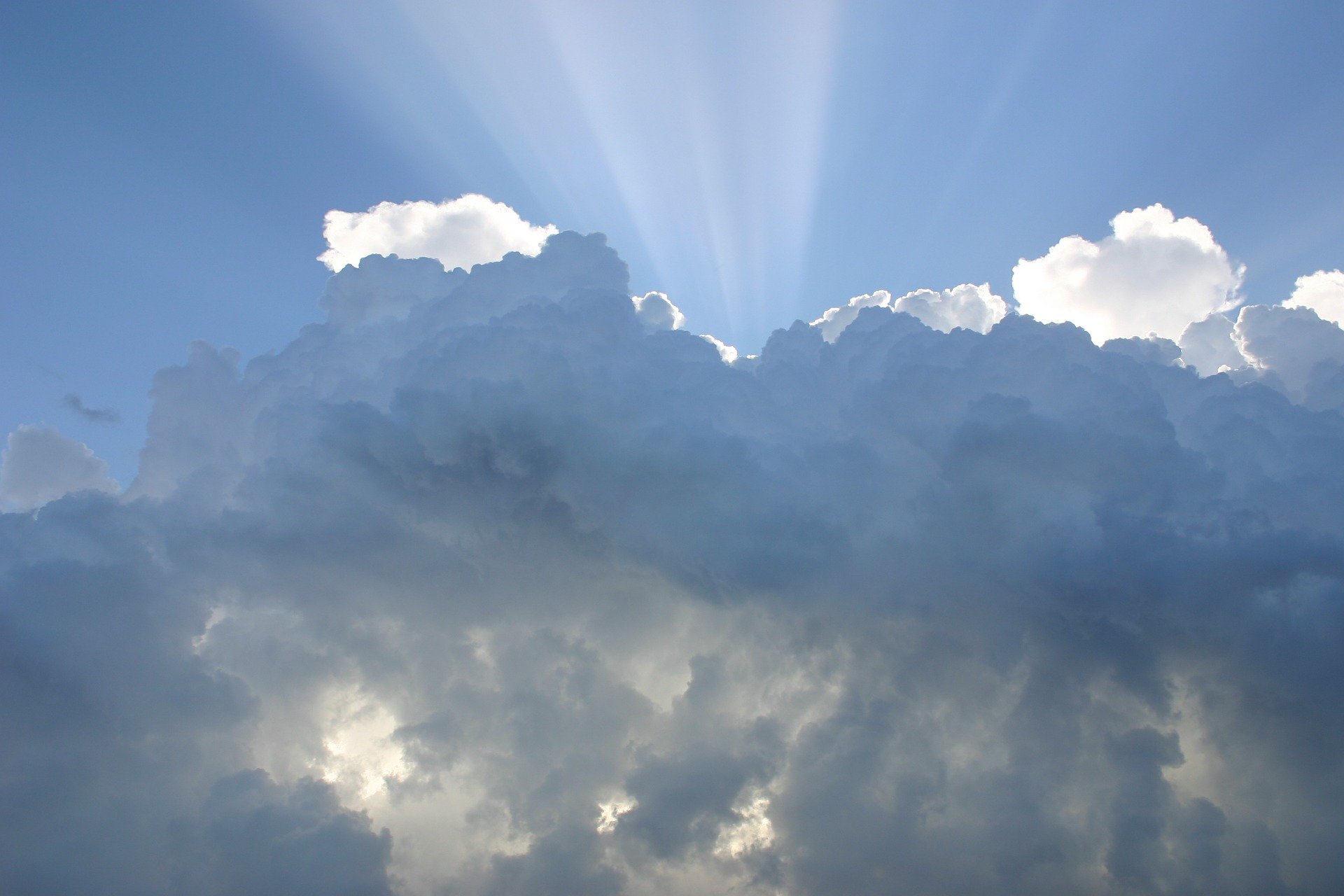 Scientists have studied cloud types and have realized that rain clouds are formed and shaped according to definite systems and certain steps connected with certain types of wind and clouds.

They have found that cumulonimbus clouds go through the following steps to produce rain:

1) The clouds are pushed by the wind: Cumulonimbus clouds begin to form when wind pushes some small pieces of clouds (cumulus clouds) to an area where these clouds converge (see figures 17 and 18).

2) Joining: Then the small clouds join together forming a larger cloud1 (see figures 18 and 19).

3) Stacking: When the small clouds join together, updrafts within the larger cloud increase. The updrafts near the center of the cloud are stronger than those near the edges.2 These updrafts cause the cloud body to grow vertically, so the cloud is stacked up (see figures 19 (B), 20, and 21). This vertical growth causes the cloud body to stretch into cooler regions of the atmosphere, where drops of water and hail formulate and begin to grow larger and larger. When these drops of water and hail become too heavy for the updrafts to support them, they begin to fall from the cloud as rain, hail, etc.3

God has said in the Quran:

Have you not seen how God makes the clouds move gently, then joins them together, then makes them into a stack, and then you see the rain come out of it…. (Quran, 24:43)

Meteorologists have only recently come to know these details of cloud formation, structure, and function by using advanced equipment like planes, satellites, computers, balloons, and other equipment, to study wind and its direction, to measure humidity and its variations, and to determine the levels and variations of atmospheric pressure.4

The preceding verse, after mentioning clouds and rain, speaks about hail and lightning:

….And He sends down hail from mountains (clouds) in the sky, and He strikes with it whomever He wills, and turns it from whomever He wills. The vivid flash of its lightning nearly blinds the sight. (Quran, 24:43)

This verse may raise a question. Why does the verse say “its lightning” in a reference to the hail? Does this mean that hail is the major factor in producing lightning? Let us see what the book entitled Meteorology Today says about this. It says that a cloud becomes electrified as hail falls through a region in the cloud of supercooled droplets and ice crystals. As liquid

droplets collide with a hailstone, they freeze on contact and release latent heat. This keeps the surface of the hailstone warmer than that of the surrounding ice crystals. When the hailstone comes in contact with an ice crystal, an important phenomenon occurs: electrons flow from the colder object toward the warmer object. Hence, the hailstone becomes negatively charged. The same effect occurs when supercooled droplets come in contact with a hailstone and tiny splinters of positively charged ice break off. These lighter positively charged particles are then carried to the upper part of the cloud by updrafts. The hail, left with a negative charge, falls towards the bottom of the cloud, thus the lower part of the cloud becomes negatively charged. These negative charges are then discharged as lightning.6 We conclude from this that hail is the major factor in producing lightning.

This information on lightning was discovered recently. Until 1600 AD, Aristotle’s ideas on meteorology were dominant. For example, he said that the atmosphere contains two kinds of exhalation, moist and dry. He also said that thunder is the sound of the collision of the dry exhalation with the neighboring clouds, and lightning is the inflaming and burning of the dry exhalation with a thin and faint fire.7 These are some of the ideas on meteorology that were dominant at the time of the Quran’s revelation, fourteen centuries ago.

(2) The updrafts near the center are stronger, because they are protected from the cooling effects by the outer portion of the cloud. Back from footnote (2)