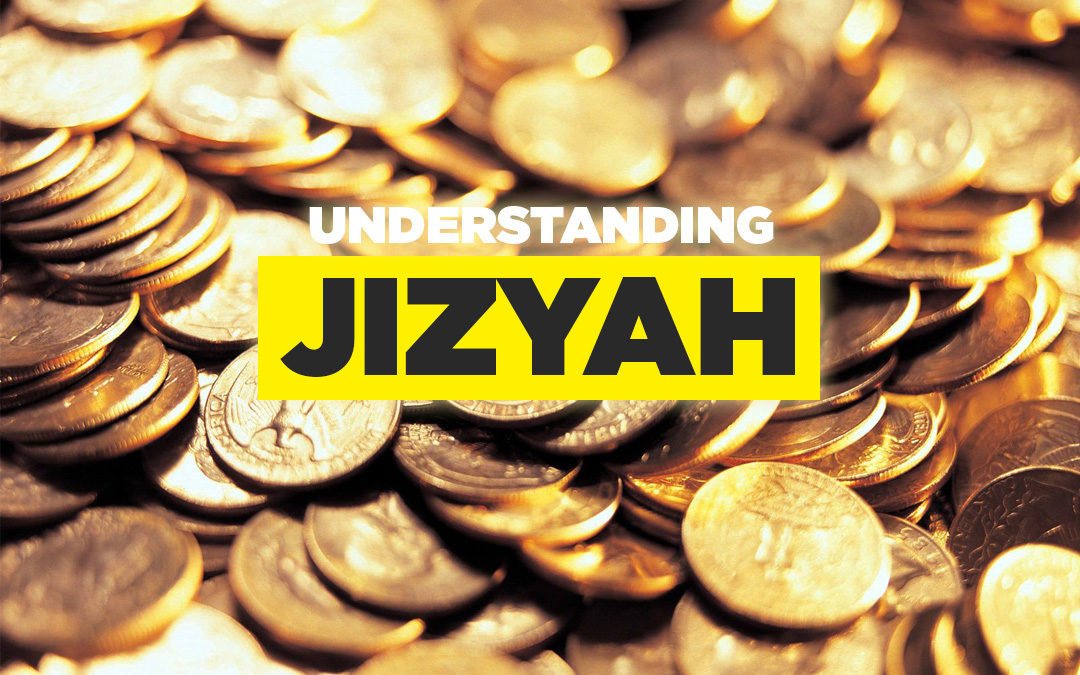 Some misguided critics who happen to always come across this verse, and show it to people who know little about Islam. They give the impression that Islam sanctions the killing of Jews and Christians at all times. It is important to always get info from the most authentic sources i.e., by reading and collecting information from Muslims, rather than Islamophobes who spread hate, since their job is to bash Islam and Muslims. For example, would someone go to a Nazi to learn about Judaism – or would you do so to a better source such as a Jew who practices their religion on a daily basis? The answer would be obvious, is that you would learn from a Jewish person about Judaism.

This verse (Q. 9:29) is by far the most problematic I have come across when reading the Quran. I say it’s ‘problematic’ because this verse is the only one that I know of which does not give context. When looking at any other verses in the Quran, reading the verses before and after have always happened to give an explanation. However, this passage (Q. 9:29) does not. Let’s read it below:

“Fight those who do not believe in Allah or in the Last Day and who do not consider unlawful what Allah and His Messenger have made unlawful and who do not adopt the religion of truth from those who were given the Scripture – [fight] until they give the jizyah willingly while they are humbled. – Qur’an 9:29

On the surface, the verse appears to be an open-ended command to fight non-Muslims until they are conquered. However, a fundamental principle of Quranic exegesis (tafseer) is that the verses must be understood in the context in which they were revealed (asbab an-nuzul) and in conjunction with other verses delineating the rules of warfare.

At-Tabari and other commentators record that this verse was revealed concerning the expedition of Tabuk.It is a command to fight the Byzantine Romans and other hostile powers who were planning an invasion against the Muslims in Arabia. In context, it is a distinct response to aggression, in particular, the assassination of one of the Prophet’s ambassadors.

Mujahid reported concerning the verse, “Fight those who do not believe in Allah and the Last Day…” that it was revealed when Muhammad and his companions were commanded with the expedition of Tabuk.
Source: Tafseer At-Tabari 9:29
The expedition of Tabuk was preceded by the battle of Mu’tah which began when the emissary of the Prophet was assassinated while delivering a letter to a Roman ally.
Ibn Al-Qayyim writes:

The cause of the battle was that the Messenger of Allah, peace and blessings be upon him, sent Harith ibn Umair Al-Azdi of the tribe of Lihb with his letter to Syria for the Roman king or Busra. He presented it to Sharhabeel ibn Amr Al-Ghassani and he bound him and struck his neck. Never had an ambassador of the Messenger of Allah been killed besides him. The Prophet was upset by that when news reached him and he dispatched an expedition.
Source: Zaad Al-Ma’ad 336
Safiur Rahman writes:
The Prophet, peace and blessings be upon him, had sent Al-Harith ibn Umair Al-Azdi on an errand to carry a letter to the ruler of Busra. On his way, he was intercepted by Sharhabeel ibn Amr Al-Ghassani, the governor of Al-Balqa and a close ally to Caesar, the Byzantine Emperor. Al-Harith was tied and beheaded by Al-Ghassani.
Source: The Sealed Nectar p. 245
This was the first act of Roman aggression that further led to the expedition of Tabuk concerning which the verse 9:29 was revealed. The verse describes the aggressors as those “who do not believe in Allah and the Last Day,” because they committed this act of treachery. Executing emissaries from other countries is a war crime that could never be committed by those who sincerely believe in God.
Anas ibn Malik reported: The Messenger of Allah, peace and blessings be upon him, said:

There is no faith for one who cannot be trusted. There is no religion for one who cannot uphold a covenant.
Source: Musnad Ahmad 11975, Grade: Hasan
Safiur Rahman further describes the reason the conflict took place:
The Byzantine power, which was considered the greatest military force on earth at that time, showed an unjustifiable opposition towards Muslims. As we have already mentioned, their opposition started at killing the ambassador of the Messenger of Allah, peace and blessings be upon him, Al-Harith ibn Umair Al-Azdi, by Sharhabeel ibn Amr Al-Ghassani. The ambassador was then carrying a message from the Prophet to the ruler of Busra. We have also stated that the Prophet consequently dispatched a brigade under the command of Zaid bin Haritha, who had a fierce fight against the Byzantines at Mu’tah. Although Muslim forces could not have revenge on those haughty overproud tyrants, the confrontation itself had a great impression on the Arabs all over Arabia.
Caesar, who could neither ignore the great benefit that the battle of Mu’tah had brought to Muslims, nor could he disregard the Arab tribes’ expectations of independence and their hopes of getting free from his influence and reign, nor he could ignore their alliance to the Muslims. Realizing all that, Caesar was aware of the progressive danger threatening his borders, especially the fronts of Syria which were neighboring Arab lands. So he concluded that demolition of the Muslims’ power had grown an urgent necessity. This decision of his should, in his opinion, be achieved before the Muslims become too powerful to conquer and raise troubles and unrest in the adjacent Arab territories.
To meet these exigencies, Caesar mustered a huge army of the Byzantines and pro-Roman Ghassanite tribes to launch a decisive bloody battle against the Muslims.
Source: The Sealed Nectar p. 272
Therefore, this context must be understood when reading verse 9:29 so that we clearly know who should be fought, specifically the aggressors among the Jews and Christians and not all of them. Rather, many other verses of the Quran make clear that it is unlawful to initiate hostilities against other nations.
Allah said:

Fight in the way of Allah those who fight you but do not transgress. Verily, Allah does not love transgressors.
Surah Al-Baqarah 2:190
And Allah said:

Fight them until there is no more persecution and worship is for Allah. But if they cease, then there is to be no aggression except against the oppressors.
Surah Al-Baqarah 2:193
Other verses and traditions make clear that Muslims must accept peace offerings from their enemies.
Allah said:

If the enemy inclines to peace, then incline to it also and rely upon Allah. Verily, it is He who is the Hearing, the Knowing.
Surah Al-Anfal 8:61
And Allah said:

So if they remove themselves from you and do not fight you and offer you peace, then Allah has not made for you a cause for fighting against them.
Surah An-Nisa 4:90

We conclude that verse 9:29 does not permit aggression against peaceful nations. Rather, it must be read within the context in which it was revealed and in combination with the Quran and authentic traditions as a whole.