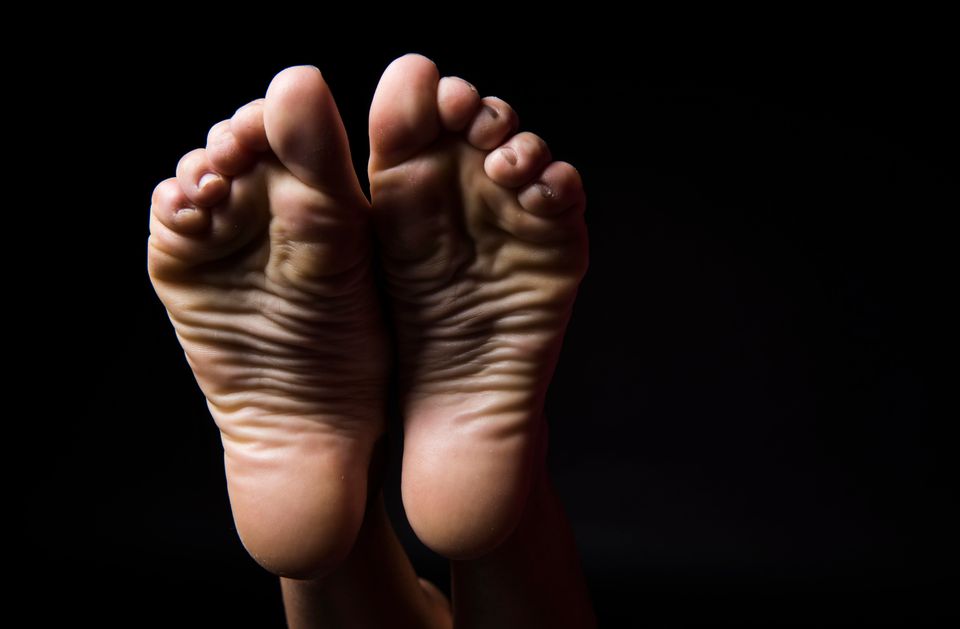 The high heel wasn’t originally created as an accessory to wear with pencil skirts. In fact, according to Ancient Origins, the first heels – as depicted on a 9th century Persian bowl – were created for male horse riders as a way to stop their feet from slipping from stirrups

Heels are the main culprit in millions of foot and ankle complaints across the country, but women still wear the shoes with abandon.

They cause the knee instead of the foot to absorb the brunt of every step, which can lead to severe joint pain and an exacerbation of arthritis symptoms, according to the American Association of Orthopaedic Surgeons

When you push your feet into too-tight shoes or shoes that force your feet into unnatural shapes (such as pointy-toe shoes), you create pressure on the sides of your feet and toes. Over time, the rubbing and pushing from your favorite heels can lead to a hardening of the skin.

This might be one of the more worrying side effects of wearing heels: According to Live Science, women who wear heels over a long period of their lives actually shorten their Achilles tendon. With the heel in the lifted position, heels can actually create a physiologically change in the muscles and tendons around the ankles. That means, when barefoot or wearing flats and shoes that cause the heel to reach the ground, the wearer can feel immense pain and stretching.

Each year, I attend a hospital benefit where the dress code is formal. Wearing heels is a must, as is standing and visiting with other attendees for several hours. The following morning, my lower back is always in pain. Why? Heels actually cause your pelvis to push forward when you walk or stand, placing tremendous pressure on the lower back and causing lingering pain.

heels cause such an imbalance between the heel and the ball that the ankle is forced to become the fulcrum for your entire body. And, since ankles aren’t built to take that kind of pressure, falls and twisted or sprained ankles can be pretty common. It’s nearly impossible to perfectly balance, especially in very high heels, so any bump in the pavement can feel like a 10-foot wall when you’re trying to scale it in your favorite pumps

Most fashionistas wear stilettos to flaunt their hour glass figure. High heels make the lower back arch out more than usual. In fact, the height of the heel is directly proportional to the degree of arch in your back. The awkward arch can cause nasty pains in the upper and lower back regions

Hammer toe is a deformity of the toe. The end of the toe is bent downward.

one of the most dangerous side effects of high heels on feet. The unnatural position of the foot, the strain on the calves, blood vessels and back result in a deformity of the foot, called hammer toe

What is hammer toe what causes it?

Raised heels were developed in response to the problem of a rider’s foot slipping forward in stirrups while riding. The “rider’s heel,” approximately 1-1/2 inch (4 cm) high, appeared around 1500. The leading edge was canted forward to help grip the stirrup, and the trailing edge was canted forward to prevent the elongated heel from catching on underbrush or rock while backing up, such as in on-foot combat. These features are evident today in riding boots, notably cowboy boots.

Riding heels lead to the more stylized heels. Beginning with the French, heel heights among men crept up, becoming higher and thinner, until they were no longer useful while riding, but were relegated to “court-only” wear. By the late 1600s men’s heels were commonly between three and four inches in height.

In 1533, the diminutive wife of the Duke of Orleans, Catherine de’ Medici, commissioned a cobbler to fashion her a pair of heels, for both fashion, and to increase her stature, since then the high-heeled shoes quickly caught on with fashion-conscious men and women of the French court, and spread to pockets of nobility in other countries. The term “well-heeled” became synonymous with opulent wealth.

Reasons for NOT wearing High-heels:

Wearer is unable to run

Changes the wearer’s posture, leading to a more upright carriage and altering ones gait for a more seductive fashion

Over time there are negative consequences from wearing high heels. Some of consequences of wearing high-heels may include – sprained ankles, lower back pain due to increased spinal curvature, leg pain due to added weight placed on the toes, shortened Achilles tendon, increased oxygen consumption, decreased stride and other changes to gait and mobility, and even the tendency of osteoarthritis in the knees.

Gait kinematics i.e. the way in which you walk is usually adversely affected when wearing high-heeled shoes, most particularly at the ankle joint. The changes in gait from high heels leads to excessive plantar flexion an increased metabolic cost when walking and an accelerated muscle fatigue which overal can affect your foot stability and may lead to ankle sprains and falls.

Usually during gait the leg muscles of tibialis anterior and extensor hallucis longus tend to contract immediately after initial contact with the ground and again towards toe-off. These muscles also assist with ankle stabilization and arch support. The other leg muscle used during gait is that of peroneus longus which acts to stabilizes the ankle from mid-stance to push off.

The activity of the muscles which dorsiflex and evert the foot (fibularis longus and brevis) help stabilize the body over the center of pressure medially while the muscles of the leg which aid in planterflexion and inversion of the foot (tibialis anterior) help move the center of pressure laterally. The action of the evertor and invertor foot muscles help aid in creating ones balance. With high heels the width of the foot ends up getting “squished” – width wise which in turn changes the foots center of pressure in keeping one balanced. This inbalance results in poor foot-ground interaction during stance phase and may lead to an inversion motion of the foot resulting in ankle sprains and or falls. In addition another problem which affects ones foot and leg muscles while wearing high-heels is that of muscule fatigue which can also lead to the inability of the foot to control ones balance and may lead to a probable injury.

Research: A study by Gefen et al. in 2002used 8 females with an average age of 26 were analyzed for muscular fatigue and foot stability during high-heeled gait. EMG leads were attached to both heads of gastrocnemius, soleus, tibialis anterior, extensor hallucis longus and peroneus longus. Their results found differences in muscle fatigue response between regular and ocassional wearers of high-heeled shoes.

Women who wore high heels regularly were able to resist higher loads of about 1.08 – 1.14x their body weight during push off

In the study it was also noted that there also tends to be a shortened length of calf muscle to tendon complex which reduced the normal range of motion in the foot. This decrease in calf muscle to tendon comples is accelerated in habitual / long term high-heel wearers as wearing high heels constrains the gastrocs-soleus muscle length to become shorter than usual and affects the motion of the foots range of motion.

Another factor to consider while wearing high heels is the effect it has on your posture and center of mass of the body. A study by C-M Lee et al in 2001 looked at the biomechanical effects of wearing high-heeled shoes. 5 participants in their 20s were used for the experiment, which looked at the effects of high heels on standing and walking with three heel heights: Low at 0cm, Medium at 4.5cm and High at 8cm. While wearing the different heel hights lumbar flexion angles were also measured from still radiographs taken while standing – three reference points were used to determine the lumbar flexion angle as well EMG readings were taken of the back muscles to determine the effect heels had on ones back muscles.

The results from the study found that –

The Moral
Be humble and accept the height Allah gave you
Why would you punish yourself after all these scientific findings on the harm high HEELS shoes cause?

Compiled by Ask A Muslim