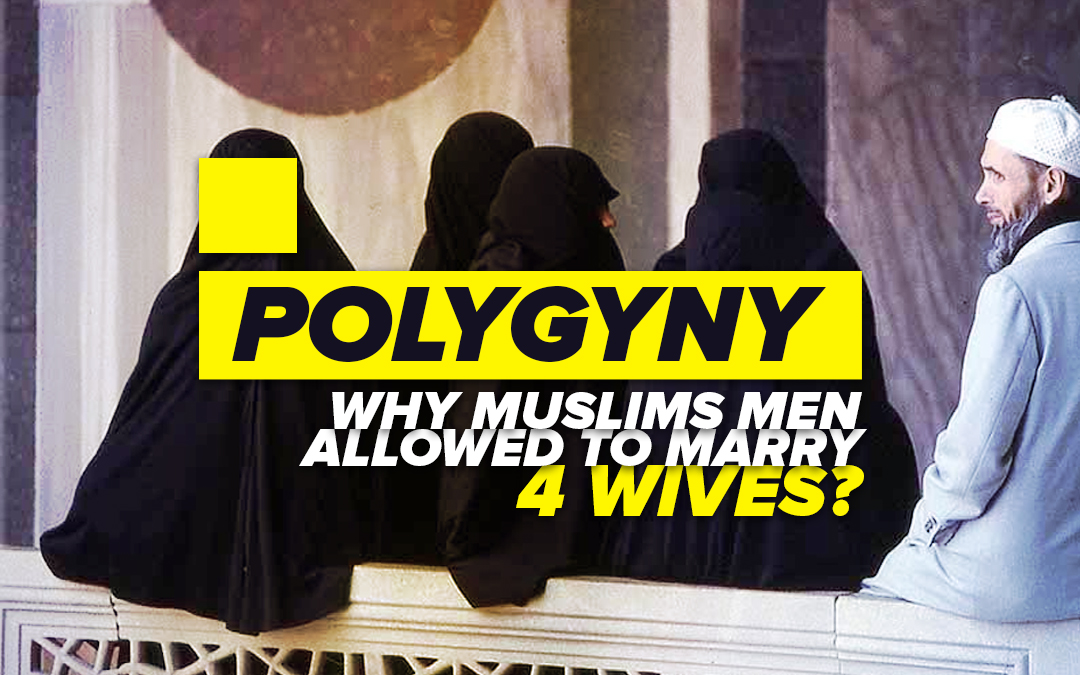 Islam is criticized for allowing polygamy, for popular culture in the West views polygamy as relatively backward and impoverished.  For many Christians, it is a license to promiscuity, and feminists consider it a violation of women’s rights and demeaning to women.  A crucial point that needs to be understood is that for Muslims, standards of morality are not set by prevalent Western thought, but by divine revelation.  A few simple facts should be borne in mind before any talk of polygamy in Islam.

Islam Did Not Initiate Polygamy

Islam did not introduce polygamy.  Among all Eastern nations of antiquity, polygamy was a recognized institution.  Among the Hindus, polygamy prevailed from the earliest times.  There was, as among the ancient Babylonians, Assyrians, and Persians, no restriction as to the number of wives a man might have.  Although Greece and Rome were not polygamous societies, concubinage was a norm[1].  Islam regulated polygamy by limiting the number of wives and bringing responsibility to its practice.  In fact, according to David Murray, an anthropologist, historically polygamy is more common than monogamy.[2]

The great Hebrew patriarchs equally revered by Judaism, Christianity, and Islam – Abraham, Moses, Jacob, David, and Solomon, to name a few – were polygamous.  According to the Bible:

The example of Jesus, who otherwise overlooked polygamy, is irrelevant as he did not marry during his earthly ministry.

Marriage is a legal arrangement in Islam, not a sacrament in the Christian sense, and is secured with a contract.  Islamic marriage lays rights and corresponding responsibilities on each spouse.  Children born in wedlock are given legitimacy and share in inheritance from their parents.

The primary purpose of marriage in Islam is regulating sexuality within marriage as well as creating an atmosphere for the continuity and extension of the family.  This is in sharp contrast to growing trends on marriage in the West.  In recent decades, there are more alternatives to marriage than ever before.  Cohabitation – living together outside of marriage – has greatly increased among young, never-married adults, as well as the divorced.  More American women are having children outside of marriage, ignoring the traditionally sanctioned sequence of marriage followed by childbearing.

Polygamy in the Quran

The Muslim scripture, the Quran, is the only known world scripture to explicitly limit polygamy and place strict restrictions upon its practice:

“… marry women of your choice, two or three or four; but if you fear that you shall not be able to deal justly with them, then only one.” (Quran 4:3)

The Quran limited the maximum number of wives to four.  In the early days of Islam, those who had more than four wives at the time of embracing Islam were required to divorce the extra wives.  Islam further reformed the institution of polygamy by requiring equal treatment to all wives.  The Muslim is not permitted to differentiate between his wives in regards to sustenance and expenditures, time, and other obligations of husbands.  Islam does not allow a man to marry another woman if he will not be fair in his treatment.  Prophet Muhammad forbade discrimination between the wives or between their children.

Also, marriage and polygamy in Islam is a matter of mutual consent.  No one can force a woman to marry a married man.  Islam simply permits polygamy; it neither forces nor requires it.  Besides, a woman may stipulate that her husband must not marry any other woman as a second wife in her prenuptial contract.  The point that is often misunderstood in the West is that women in other cultures – especially African and Islamic – do not necessarily look at polygamy as a sign of women’s degradation.  Consequently, to equate polygamy with degrading women is an ethnocentric judgment of other societies.

Even though we see the clear permissibility of polygamy in Islam, its actual practice is quite rare in many Muslim societies.  Some researchers estimate no more than 2% of the married males practice polygamy.[4]  Most Muslim men feel they cannot afford the expense of maintaining more than one family.  Even those who are financially capable of looking after additional families are often reluctant due to the psychological burdens of handling more than one wife.  One can safely say that the number of polygamous marriages in the Muslim world is much less than the number of extramarital affairs in the West[5].  In other words, contrary to prevalent notion, men in the Muslim world today are more strictly monogamous than men in the Western world.