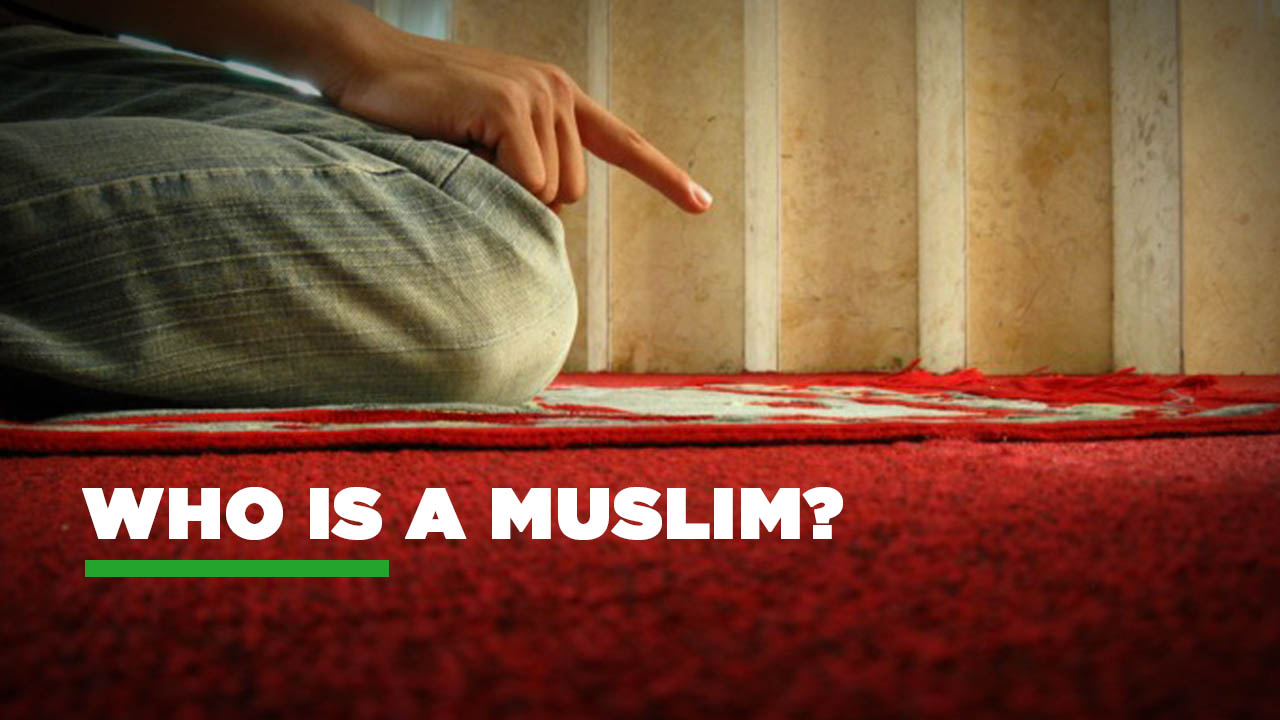 Who is a Muslim

The word “Muslim” means one who submits to the will of God. The first principle of Islam is known as the Shahaadah(Testimony of Faith), and is as follows: “There is no one worthy of worship except Allah (God)  and Muhammad is the Final Apostle (Messenger) of God.”

In a broader sense, anyone who willingly submits to the will of God is a Muslim. Thus, all the prophets preceding Prophet Muhammad, ,  are considered Muslims.

One cannot judge Islam by looking at those individuals who have a Muslim name, but in their actions, they are not living or behaving as Muslims. Muslims are ordinary people like other humans; among them are the good and the bad. They are not infallible creatures and, therefore, make mistakes.

When we mention the characteristics of a Muslim, we do not assume that all Muslims have these characteristics, but only those who follow — to the best of their abilities — the teachings of Islam.

We can thus summarize the teachings of Islam about the Muslim character concisely in the following way:

The Muslim personality is balanced. He pays due attention to his body’s needs and his outward appearance, without letting it distract him from nurturing his inner characteristics, as befits man whom God has honored and made His angels prostrate to him, and subjugated for his benefit all that is in the heaven and earth. The Muslim is also concerned with that which will form sound intellectual development and ways of thinking, so that he understands the nature and essence of things. He does not forget that man is not only composed of body and mind, but he also possesses a soul and a spirit, and feels a longing for higher things that makes him rise above this materialistic life and ascend the heights of goodness, virtue and light. Therefore, he pays as much attention to his spiritual development as he does to his physical and intellectual development, in a precisely balanced fashion, which does not concentrate on one aspect to the disadvantage of others.

With his parents, he is an example of sincere filial piety, good treatment, infinite compassion, politeness and deep gratitude.

With his wife, he is an example of good and kind treatment, intelligent handling, deep understanding and proper fulfillment of his responsibilities and duties.

With his children, he is a parent who understands his great responsibility towards them. Although he floods them with love and compassion, he pays attention to things that may affect their Islamic upbringing.

With his relatives, he maintains the ties of kinship and knows his duties toward them. He understands the high status given to relatives in Islam, which makes him remain in touch with them regardless of the circumstances.

With his neighbors, the true Muslim is an example of good treatment and consideration of others’ feelings and sensitivities. He puts up with mistreatment and turns a blind eye to his neighbor’s faults while avoiding committing any such errors himself. He always adopts the Islamic attitude, whereby treating neighbors well was made a basic principle of Islam. His relationship with his brothers and friends is the best and purest of relationships, for it is based on love for the sake of God. This pure, sincere, brotherly love derives its purity from the guidance of the Quran and Sunnah (traditions and approved actions of Prophet Muhammad, ) that became a unique system in the history of human relations.

In his social relationships with all people, he is well mannered, civil and noble, characterized by the attitudes which Islam encourages. Good behavior which is taught in the Quran and Sunnah, has been made a religious duty in Islam, for which man will be brought to account.

This is the clear, beautiful picture of the Muslim whose personality has been formed by Islam and whose heart, mind and soul are filled with its divine light.

The development of a society is not measured solely in terms of its scientific achievements and material inventions. There is another, more important standard by which a society is measured. That is the prevalence of human values such as love, empathy, altruism, sacrifice, uprightness and purity of thought, behavior and dealings with others.

If individuals are the basis of a society, then rightly guided societies pay attention to human development and enhance the positive, constructive aspects while seeking to eliminate evil, destructive motives, so that the individual will become a model citizen. It is from groups of such model citizens that clean, civil, strong, healthy, righteous societies are formed.