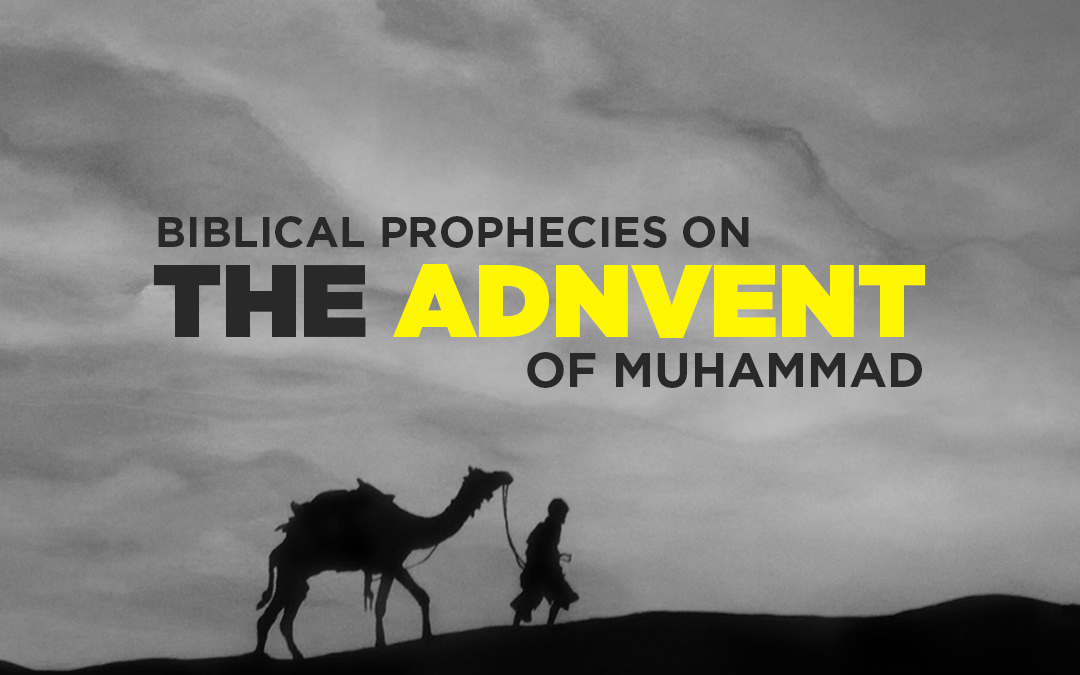 The Biblical prophecies on the advent of  Muhammad (peace be upon him) are evidence of the truth of Islam for those who believe in the Bible.

In Deuteronomy 18,Prophet Moses (peace be upon him) stated that God, The Exalted, told him:

“I will raise up for them a prophet like you from among their brothers; I will put my words in his mouth, and he will tell them everything I command him.  If anyone does not listen to my words that the prophet speaks in my name, I myself will call him to account.” (Deuteronomy 18:18-19).[1]

From these verses we conclude that the prophet in this prophecy must have the following three characteristics:

2)  That he will come from the brothers of the Israelites, i.e. the Ishmaelite.

3)  That God will put His words in to the mouth of this prophet and that he will declare what God commands him.

Let us examine these three characteristics in more depth:

There were hardly any two Prophets who were so much alike as Moses and Muhammad, peace be upon him. Both were given a comprehensive law and code of life. Both encountered their enemies and were victorious in miraculous ways.  Both were accepted as Prophets and statesmen. Both migrated following conspiracies to assassinate them.

Analogies between Moses and Jesus overlook not only the above similarities but other crucial ones as well. These include the natural birth, the family life, and death of Moses and Muhammad, peace be upon him, but not of Jesus. Moreover,Prophet Jesus (peace be upon him) was regarded by his followers as the Son of God and not exclusively as a prophet of God, as Prophet Moses and Muhammad (peace be upon them) were and as Muslims believe Jesus was. So, this prophecy refers to the Prophet Muhammad and not to Jesus, because Muhammad is more like Moses than Jesus.

“Now this was John’s testimony, when the Jews of Jerusalem sent priests and Levites to ask him who he was. He did not fail to confess, but confessed freely, “I am not the Christ.” They asked him, “Then who are you? Are you Elijah?” He said, “I am not.”  “Are you the Prophet?” He answered, “No.” (John 1:19-21)

If we look in a Bible with cross-references, we will find in the marginal notes where the words “the Prophet” occur in John 1:21, that these words refer to the prophecy of Deuteronomy 18:15and 18:18.[2] We conclude from this that Jesus Christ is not the Prophet mentioned in Deuteronomy 18:18.

2) From the brothers of the Israelites:

Abraham (peace be upon him)had two sons, Ishmael and Isaac (Genesis 21).  Ishmael became the grandfather of the Arab nation, and Isaac became the grandfather of the Jewish nation. The Prophet spoken of was not to come from among the Jews themselves, but from among their brothers, i.e. the Ishmaelites. Muhammad(peace be upon him) a descendant of Ishmael, is indeed this Prophet.

Also, Isaiah 42:1-13 speaks of the servant of God, His “chosen one” and “Messenger” who will bring down a law. “He will not falter or be discouraged till he establishes justice on earth. In his law the islands will put their hope.” (Isaiah 42:4). Verse 11, connects that awaited one with the descendants of Kedar. Who is Kedar? According to Genesis 25:13, Kedar was the second son of Ishmael, the ancestor of the Prophet Muhammad, peace be upon him.

3) God will put His words in the mouth of this Prophet:

Also, this prophecy in Deuteronomy mentioned that this prophet will speak the words of God in the name of God. If we looked to the Glorious Qur’an, we will find that all its chapters, except Chapter 9, are preceded or begin with the phrase, “In the Name of God, the Most Gracious, the Most Merciful.”
Another indication (other than the prophecy in Deuteronomy) is that Isaiah ties the messenger connected with Kedar with a new song (a scripture in a new language) to be sung to the Lord (Isaiah 42:10-11). This is mentioned more clearly in the prophecy of Isaiah: “and another tongue, will he speak to this people” (Isaiah 28:11 KJV). Another related point, is that the Quran was revealed in sections over a span of twenty-three years. It is interesting to compare this with Isaiah 28 which speaks of the same thing, “For it is: Do and do, do and do, rule on rule, rule on rule; a little here, a little there.” (Isaiah 28:10).

Note that God has said in the prophecy of Deuteronomy 18, “If anyone does not listen to my words that the prophet speaks in my name, I myself will call him to account.” (Deuteronomy, 18:19) This means that whoever believes in the Bible must believe in what this Prophet says, and this Prophet is the Prophet Muhammad, peace be upon him.

(1) All of the verses on this article have been taken from The NIV Study Bible, New International Version, except where noted as being KJV which means King James Version.