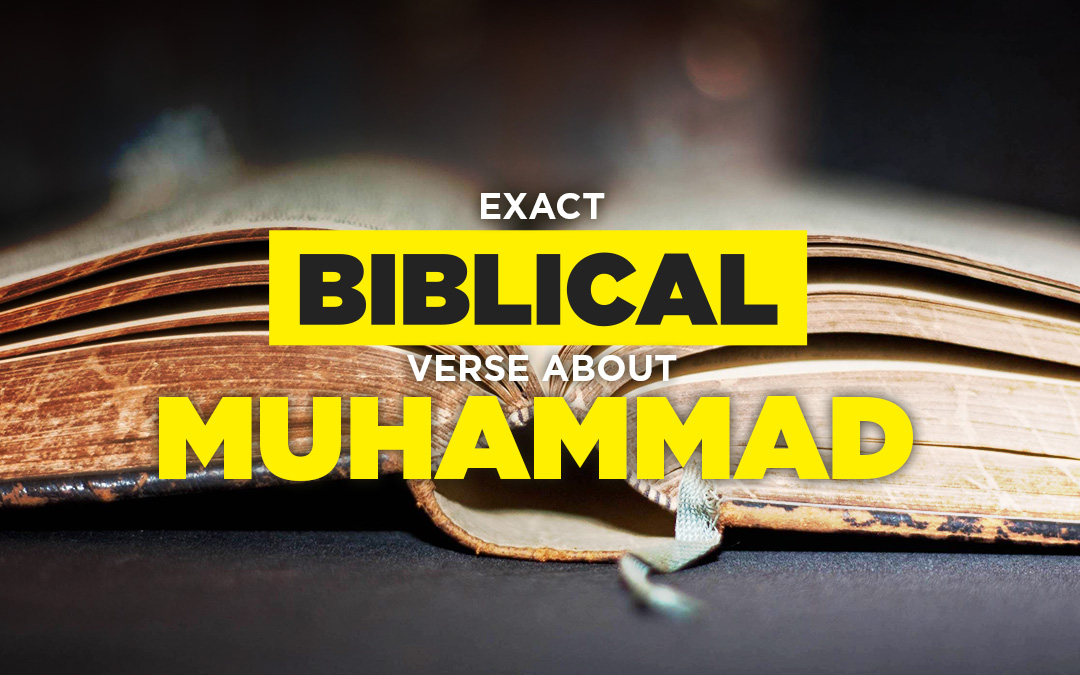 In the following lines, we will discuss the exact biblical verses that speak about the advent of Prophet Muhammad, peace be upon him.

Firstly, In the Torah, in the Book of Deuteronomy 18:18-19 it says: “I will raise up for them a prophet like you from among their brothers; I will put my words in his mouth, and he will tell them everything I command him.If anyone does not listen to my words that the prophet speaks in my name, I myself will call him to account.”(New International Version)

Secondly, it says in the Gospel of John 16:6-8, 12-13: “It is for your good that I am going away. Unless I go away, the Counselor [Paraclete] will not come to you; but if I go, I will send him to you. When he comes, he will convict the world of guilt in regard to sin…I have much more to say to you, more than you can now bear. But when he, the Spirit of truth, comes, he will guide you into all truth. He will not speak on his own; he will speak only what he hears, and he will tell you what is yet to come.”(New International Version)

This cannot apply to anyone except the Prophet (peace be upon him).

Thirdly, IbnAl-Qayyim (may Allah have mercy on him) said: It says in the Torah, in the fifth book [Deuteronomy 33:2]:“The Lord came from Sinai and dawned over them from Seir; he shone forth from Mount Paran. He came with myriads of holy ones from the south, from his mountain slopes [or: from his right hand went a fiery law for them].” (New International Version; alternative version of last phrase – the meaning of which is unclear in the original Hebrew texts – is from the King James Version)

Fourthly: Sheikh `AbdAl-Majid Al-Zandani said in his book (Al-Bisharat bi Muhammad (peace be upon him) fi Al-Kutub As-Samawiyyah As-Sabiqah) that in the 22nd chapter of the Gospel of Barnabas it says: “And this will continue until there comes Muhammad the Messenger of God who, when he comes, will expose this deceit to those who believe in the laws of God.” And it says in the Book of Isaiah: “I have made your name Muhammad, O Muhammad, O beloved of the Lord, your name will abide forever.” And it says in the Book of Isaiah: “What I have given to him I will not give to anyone else: Ahmad, because he praises God and this praise comes from the best part of the earth, and this will bring joy to mankind and they will recite the word of divine unity on every hill and glorify God in every high place.”

You should note that the books of the Bible as they exist today have been altered and changed. This fact has been stated by non-Muslim historians, but despite all that we still find in the Bible the foretelling of the coming of the Messenger of Allah (peace be upon him). ShaykhRahmat-Allah Al-Hindi stated that every time the Christians were able to change something they did so, hence you will find that some of the ancient scholars quote passages from the Bible that no longer exist. But there are still other passages that foretell the Prophethood of the Prophet (peace be upon him) and his coming.

It should be noted that we have to arm ourselves with adequate sound knowledge in order to debate with the Christians, because even if they have no proof, they will still try to sow the seeds of doubt in people’s hearts so that they will give in to these wrong ideas and so that the truth will be concealed.

“But Allah will bring His Light to perfection even though the disbelievers hate (it).” [As-Saff 61:8].

Some of the most useful books on this topic are: Izhar Al-Haqq by Sheikh Rahmat-Allah Al-Hindi; Hidayatal-Hayara by Ibn Al-Qayyim; and Al-Jawab Al-Sahih by IbnTaymiyyah.