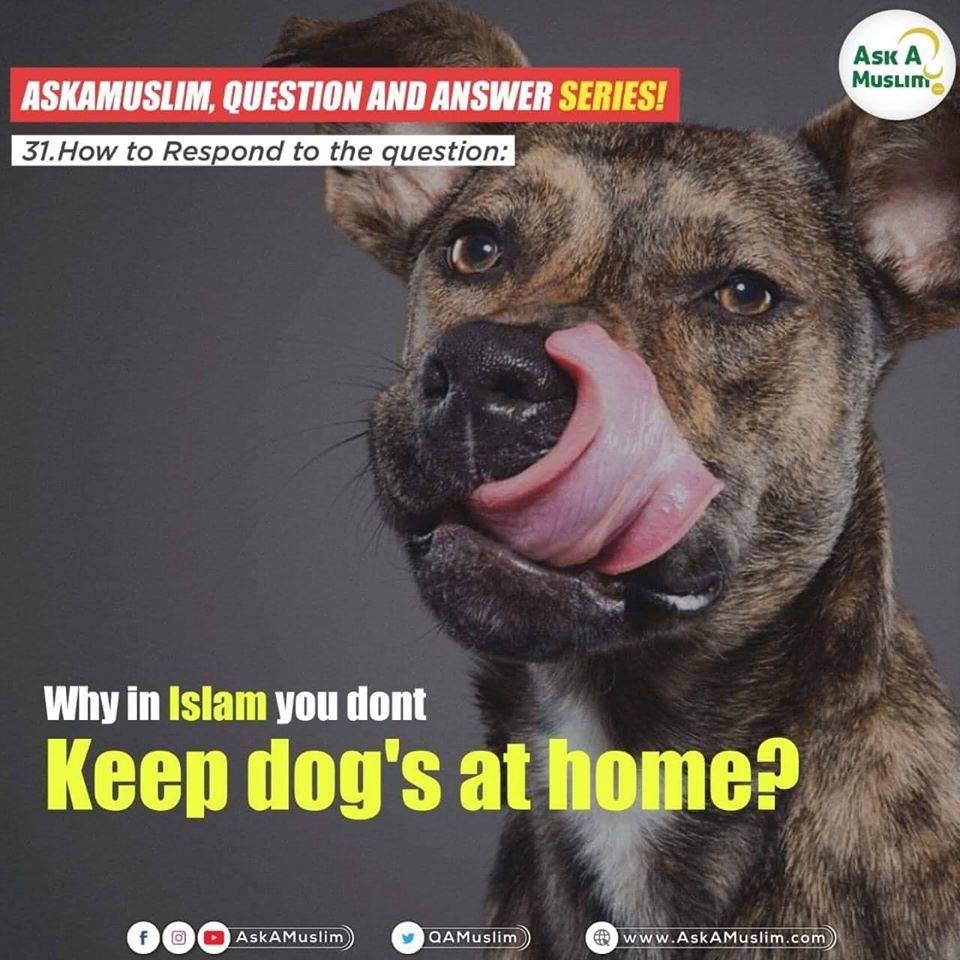 Who told prophet Muhammad peace be upon Him that dog’s saliva is dangerous?
🗣🐶
👉🏼Researches say :
👉Education of dogs may kill you!!!

🏳 In Dec, 2003 Study by the Medical association of Thailand

🏳In Nov 2005 the magazine of “Micro Biology” posted a study

🏳Scientifically speaking Cestodiasis is the medical term for tapeworm infestation. Tapeworms typically settle in the small intestine of dogs, puppies, and other pets. The tapeworm species can include Taenia, Dipylidium Caninum, Echinococcus, and Mesocestoides.

A man’s best friend’s mouth is certainly not cleaner than a human’s because their muzzles are “full of bacteria, viruses and germs”
●By Aletha Adu

🏳AFFECTIONATE dog owners are at risk of catching a potentially deadly disease.

👉🏼🏳John Oxford, professor of virology and bacteriology at the Queen Mary University in London, explained how the beautiful creatures get bacteria in the first place.

He said: “It is not just what is carried in saliva.

The strong bacteria have the power to cause a range of dangerous diseases, some deadly.

🤢👉🏼◇Capnocytophaga Canimorsus is a bacteria that lives in a dog’s saliva.

It has the power to cause fatal infections including sepsis, which can ultimately lead to organ failure and even death.

Symptoms of Capnocytophaga Canimorsus include fever, chills, sweats and a lack of energy.

😓👉🏼◇Ringworm is said to be one of the easiest infections dog’s can pass on.

According to reports, owners who take their dogs to places where several animals are close together, such as kennels or shelters, make their pets more susceptible to catching the bacteria.

*But if a dog is carrying the infection it will be fairly visible as symptoms including dandruff, hair loss and darkened patches will show on a dog’s skin and hair.

*Our furry friends can also carry the potentially fatal MRSA disease, but it will not have any effect on them.

Children are at a greater risk of catching these infections from a dog’s lick.

This nasty disease is one of the easest to be transferred to you from your dog’s saliva. Ringworm is a common fungal infection that can cause a red or silvery ring-like rash on the skin.

This is similar to MRSA but is more resistant to antibiotics

🏁⚘🏁⚘🏁⚘🏁⚘
Scientific miracle in Islam 👇
⚘Prophet Muhammad peace be upon Him says:

“If a dog licks the vessel of any one of you, let him wash it seven times, the first time with dust.

⚘Prophet Muhammad peace be upon Him says

“If a dog licks the vessel of any one of you, let him wash it seven times, the first time with dust.

▪︎▪︎▪︎
🚩Experiences of both people and scientists👇

There is a worm inside the stomack of both dogs and swine corrupting it..

*A Danish scientist is leading compaings against dog’s saliva

A Moroccan made a surgery on her liver..the French doctor said to the woman have you been playing with dogs when young? She said yes! The doctor told her we found a dog worm of 6 centimetres in your liver!

🌴🌸“The purification of the vessel of one of you, if a dog licks it, is to wash it seven times, the first time with soil” – and in another hadeeth, “If a dog licks a vessel…”

👉🏼dogs have more than 50 diseases in their saliva. He said it’s Miracle in Islam to prevent dogs not to come home.

By #Ask #A #Muslim (#dogs #in #Islam)
■N.B: We are sorry for the music. Video is made by non Muslims researchers and we wanted to share the good content.