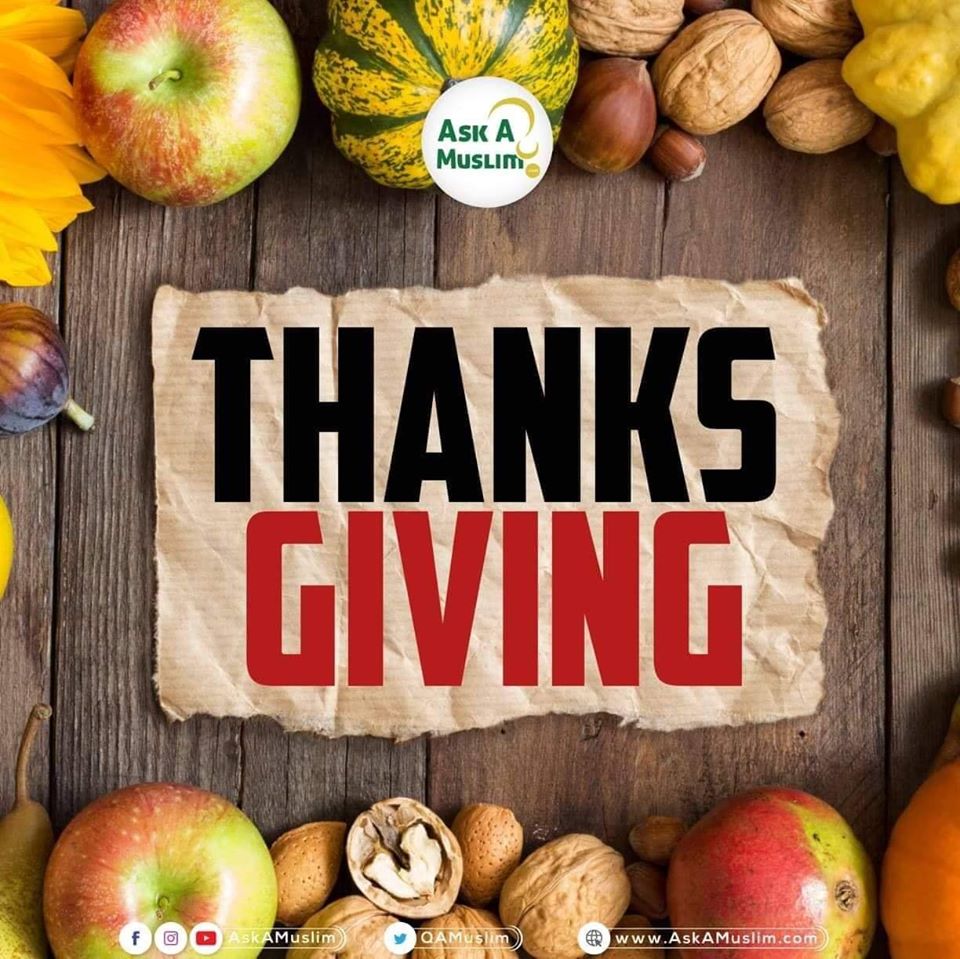 Native Americans who celebrate it should be ashamed of themselves

It’s like someone doing massacres in your house then tells you to celebrate to forgive you!!!

Those who celebrate are really brainwashed

Early Criminals who made oppression and genocides for American ancestors, seized lands and removed people of America from their lands, from their crops…In search of gold. Then they wrote America’s fake history. They named them Red indians

While they were neither red nor Indians but native Americans

I urge you to listen to all of this Friday sermon

Thanksgiving has a paganist origin🤔

Thanksgiving’s origins can be traced back to Greek and Roman harvest celebrations, by strict dictionary definition, this alone makes Thanksgiving a pagan holiday (ie, polytheistic)

The harvest festival was a pagan celebration, the religious thanksgiving was from the Church of England

Adjustments of a pagan celebration does not make it halal. I.e Removing the pagan elements like “breaking the wish bone”

does not change the pagan origins of any holiday

The cornucopia, a common symbol of Thanksgiving, originated from Roman and Greek mythology, from the horn of the Greek god Amalthea.

Thanksgiving Day (as a national celebration) was instituted with the intent, and by design, to be a holy day, not an ambiguously labeled “holiday”. There is no uncertainty about this, as we have primary historical references that prove this intent.

This the holy spirit of Thanksgiving Day. …That all may offer up, in one grand melody, that glorious hymn to the Creator, “Glory be to God on high, and on earth peace, good-will towards men.”

By the 6th century, the rulership of Rome had spread to England and there, the old Roman festival of Cerelia became known as the Harvest Home Festival and later Harvest Festival of Thanksgiving. The Church of England adopted this festival as a religious gathering but the festival was celebrated by both Christians and non-Christians; just like it is today. Over the next 1000 years, the Church of England went through many political battles with Rome over political and religious issues; causing certain groups within the church to split and travel to the Americas in search of gaining power, wealth and religious freedom there.

This war between the Puritans (and their allies from the Wampanoag tribe) and the so-called Indians became known as the Pequot War, and lasted from 1636-1638. However, the European armies prevailed and many Indians lost their lives in horrific fashion. In 1637 near present day Groton, Connecticut, the Puritan colonist raided the Indian Villages and burned over 700 men, women and children of the Pequot Tribe alive. The next day, the governor of the Massachusetts Bay Colony, declared “A Day Of Thanksgiving” to be celebrated in honor of killing the native Indians of the land. In his own words, Governor John Winthrop’s proclaimed: “This day forth shall be a day of celebration and thanksgiving for subduing the Pequots.”

After their victory over the so-called Indians, the colonist began to attack other villages; seizing their land, capturing strong young Natives for slaves and killing the rest. Women and children over 14 were sold into slavery while the rest were murdered. Boats loaded with as many as 500 slaves regularly left the ports of New England to other places. Following a very successful raid against the Pequot tribe in Stamford, Connecticut, the white churches announced a second day of “Thanksgiving” to give thanks to their God and celebrated victory over whom they called, the heathen savages. During the feasting, they played soccer with the chopped off heads of the natives and kicked them through the streets like soccer balls.

As other English and Dutch colonizers migrated to the US and settled in other Indian tribal territories, they also raided and murdered various indian tribes that were living their regions. These tribes included the: Lenape, Esopus, Tuscarora, Yamasee, Muscogee, Cherokee, Catawba, Apalachee, Apalachicola, Coyaha, Shawnee, Congaree, Waxhaw, Pedee, Cape Fear, Cheraw, Pays d’en haut, Mingo, and many other tribes. Each of the tribes went to war against their colonizers and many of their members were murdered; presumably followed by a thanksgiving feast in honor of the Europeans victory over the natives.

Stop celebrating this holiday feast as it represents the European’s murder of the indigenous people of the American land and it is actually rooted in paganism.

And it is my hope that by you reading this article that you will be challenged to withdraw your participation from this pagan genocidal celebration as well.

(5:51) O you who believe! Take not the Jews and the Christians as Auliya’ (friends, protectors, helpers, etc.), they are but Auliya’ to one another. And if any amongst you takes them as Auliya’, then surely he is one of them. Verily, Allah guides not those people who are the Zalimun (polytheists and wrong-doers and unjust

♦️Adahabi said that from the ways of taking them (Jews and Christians) is taking part of any level with their festivals and celebrations. Whilst, they would be ordered to hide their own celebrations in non Muslim countries. And no one does that except the weak in his faith and ignorant. Whoever immitates a people in their religion then he is from amongst them

(25:72) And those who do not witness falsehood, and if they pass by some evil play or evil talk, they pass by it with dignity.

That Thanksgiving is a mere thinking Allah

In another narration he will be resurrected with them