Jesus: A Prophet of God – Ask A Muslim Skip to content 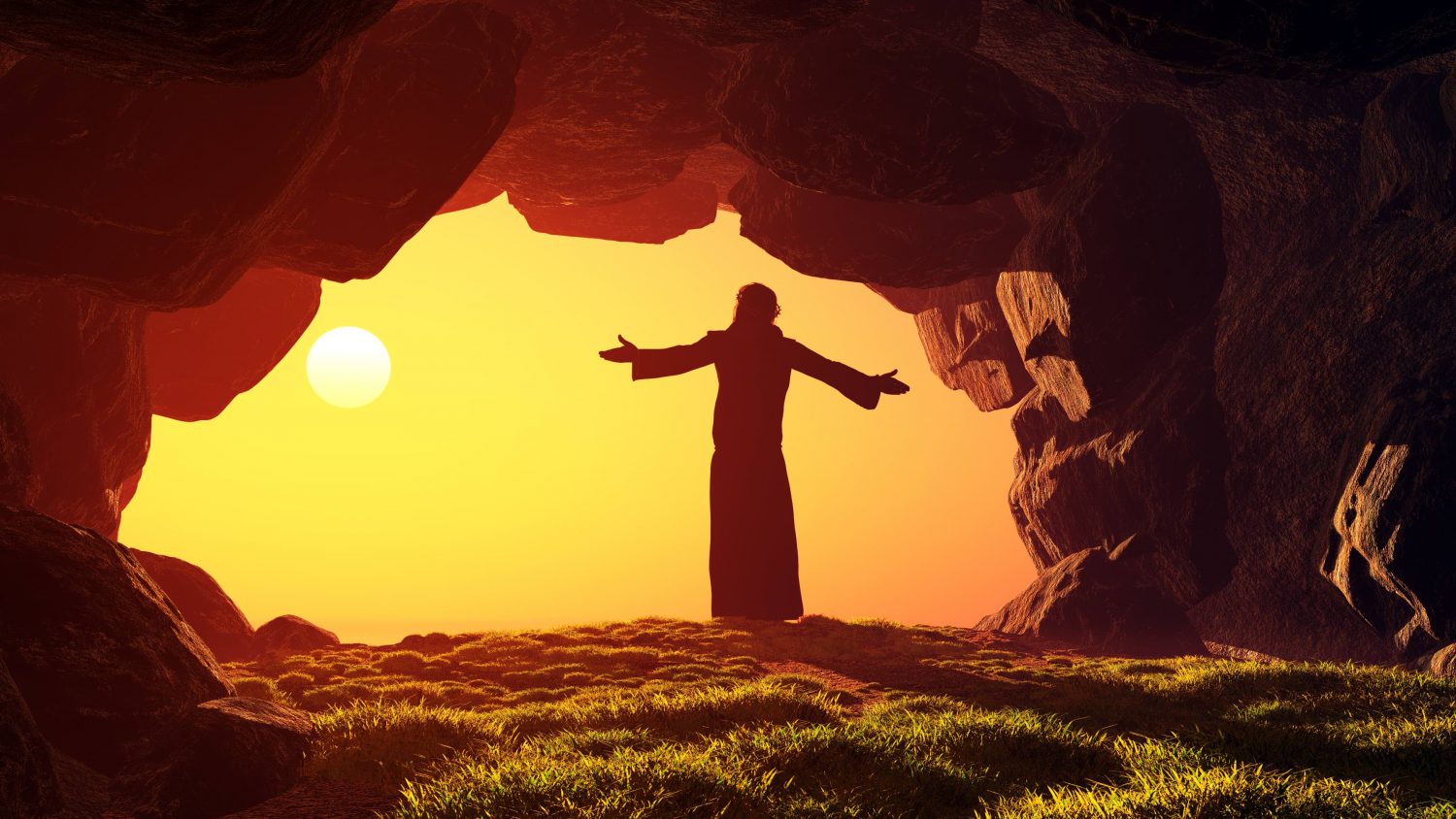 Isa ibn Maryam Alahis Salaam OR famously known as Jesus Christ who is loved, admired, respected by billions of people globally, yet there is a state of confusion surrounding the status of this eminent personality. Muslim and Christian Community both have different viewpoints regarding him.

Following points aims to clarify the issues revolving around the persona of Jesus. Was Jesus Christ God, or was he sent by the God as a Prophet? Who was the real Jesus from the historical standpoint?

Certain sects in Christianity claims that “Jesus is God” or part of a trinity – that he is in the incarnation of God on earth, and that God took on a human form. However, per the Biblical text, Jesus OR Isa ibn Maryam Alahis Salaam was born, ate, slept, prayed and had very limited knowledge- all the attributes not befitting God. God has attributes of perfection whereas Human being is the opposite. How can two diametrically opposite ideas and beliefs be accepted by a sane mind?

ISLAM teaches and preaches that God is always perfect. To believe that God transformed as Man is to claim and believe that God is imperfect. A Christian must ask him/herself, does the idea of a Supreme being who was once a weak helpless child, one who could not survive with food, drink or sleep be the same Almighty God described in the Old Testament? Definitely not.

One may ask, “If God can do anything, why can’t he become a man?” By definition, God does NOT do ungodly acts. God does not do anything that would make Him, something other than God. If God became man and took on human attributes, he would, necessarily, no longer be God.

Some debatable verses of the Bible can be misinterpreted and applied incorrectly to showcase that Jesus is in some way divine. However, if we look at the clear direct verses of the Bible, we see repeatedly that Jesus is being referred to as an extraordinary human being and nothing more. The Bible consists of many verses in which Jesus speaks and behaves as if God is a separate being to himself.

The Bible calls Jesus a Prophet (Matthew 21:10-11), so how could Jesus be God and be God’s Prophet at the same time?

If Jesus was God, he would have clearly told people to worship him, and there would be clear verses in the Bible stating this; yet he did the diametrically opposite and disapproved anyone worshipping him: “And in vain they worship me.” (Matthew 15:9)

Some Christians claim that Jesus is the Son of God. What does this actually mean? Surely God is far removed from having a physical and literal son. Humans have human children. Cats have kittens. What does it mean for God to beget a child?

Rather than being taken literally, we find the term “Son of God” is symbolically used in the earliest biblical languages for a “righteous person”, and has been used for David, Solomon and Israel – not exclusively for Jesus: “…Israel is my firstborn son,” (Exodus 4:22). In fact, anyone who is righteous is referred to as God’s ‘son’: “All who are led by God’s Spirit are God’s sons and daughters.” (Romans 8:14)

“It is not befitting to (the majesty of) Allah that He should beget a son. He is Perfect and Flawless! When He determines a matter, He only says to it, ‘Be’ and it is.”

Similarly, when the word ‘Father’ is used to refer to God it shouldn’t be taken literally. Instead, it’s a way of saying God is the creator, sustainer and supreme master of all. There are many verses for us to understand this symbolic meaning of the word ‘Father’, for example: “One God and Father of all.” (Ephesians 4:6)

Also, Jesus was sometimes called ‘Lord’ by the disciples. This term is used in the original languages of the Bible, for God as well as for people who are held in high esteem. For example, in the Greek New Testament, the term kyrios is used for both ‘Lord’ as well as to name the owner of the vineyard (Matthew 20:8), and the master who beat the disobedient servant (Luke 20.42-47).

In other sections of the Bible, Jesus is even called a ‘servant’ of God by the disciples: “The God of our fathers, has glorified his servant Jesus.” (Acts 3:13) This clearly shows that when ‘Lord’ is used to refer to Jesus, it is a title of respect, not of divinity.

Attempts are made to explain the complexity of the above issues of the nature of God and the nature of Jesus, which can be quite confusing or unsatisfying. However, the key point to reflect on is: Why would God make it so hard to understand? How do these complicated teachings compare with the simple, clear and pure teachings of the concept of God in Islam?

Jesus: The Prophet (Peace Be upon him)

In Judaism, Jesus OR Isa ibn Maryam Alahis Salaam is denied as the Messiah. This contradicts the Christian faith where he is worshiped as a deity, or the son of God. Islam takes the middle ground and acknowledges Jesus as an honorable Prophet and Messenger of God, as well as the Messiah, but Muslims do not worship him – as worship is for God alone who created Jesus and everything that exists.

“(Jesus) said, ‘Indeed, I am the slave of Allah (God). He has given me the Scripture and made me a Prophet.’”

According to the Noble Quran, the Angel Gabriel was sent to Mary, the noble virgin, in the form of a man, informing her of a child who was to be born miraculously without a father.

“He (Angel Gabriel) said, ‘I am only a messenger of your Lord to announce to you the gift of a righteous son.’ She said, ‘How shall I have a son, seeing that no man has touched me, and I am not unchaste?’ He said, ‘Thus (it will be). Your Lord says, “It is easy for Me, and We will make him a sign to the people and a mercy from Us. And it is a matter already decreed.” “

Some claim that his miraculous birth is evidence of Jesus’ divinity. However, Jesus was not the first to come into existence without a father, as Prophet Adam (peace be upon him) before him had neither a father nor mother. God says:

“The likeness of Jesus before God is as that of Adam; He created him (Adam) from dust, then said to him: ‘Be’, and he was. This is the truth from your Lord, so be not of the disputers.”

If Jesus is worshipped due to having no father, then surely Adam is more deserving of worship since he was created without either parent.

Jesus was miraculously conceived with no father and also performed great miracles by the will and permission of God. He spoke as a baby in the cradle to defend his mother against the people who accused her of fornication. The Quran also states that Jesus gave life to the dead, cured the leper and the blind – all by the will of God.

The fact that Jesus (peace be upon him) performed miracles does not mean that he was anything more than a humble servant of God. In fact, many Messengers performed miracles, including Noah, Moses and Muhammad (Alahimus Salaato Wa-Salaam) and these miracles only took place by the permission of God, so as to demonstrate the authenticity of the Messenger.

The Prophets of the Old Testament such as Abraham, Noah and Jonah never preached that God is part of a Trinity, and did not believe in Jesus as their savior. Their message was simple: there is one God and He alone deserves your worship. It is not logical for God to send Prophets for thousands of years with the same essential message, only to suddenly change it, claim that He is now a part of a trinity, and to reconstruct the belief in the divinity of Jesus to be saved.

The truth is, Jesus preached the same message as all the Prophets in the Old Testament. There is a passage in the Bible that really emphasizes this core message. A man came to Jesus and asked, “Which is the first commandment of all?” Jesus answered, “The first of all the commandments is, ‘Hear, O Israel, the Lord our God, the Lord is one.’ “(Mark 12:28-29) So, the greatest commandment, the most important belief according to Jesus, is that God is one. If Jesus was God he would have said, ‘I am God, worship me.’ Instead, he merely repeated a verse from the Old Testament confirming that God is One.

So, the greatest commandment, the most important belief according to Jesus, is that God is one. If Jesus was God he would have said, ‘I am God, worship me.’ Instead, he merely repeated a verse from the Old Testament confirming that God is One.

This aligns with the mission of Jesus, as taught in Islam, where Jesus was sent to the Children of Israel to confirm the message of the past Prophets – to believe in the One True God.

“And when Jesus brought clear proofs, he said, ‘… Indeed, God – He is my Lord and your Lord. So worship Him alone. This is the only Straight Path.’ “

Jesus was as an honourable Prophet sent by God to call to the worship of God alone. This is evident and crystal clear in the Bible and confirmed by the Holy Quran. The Islamic belief about Jesus explains who the real Jesus was, whilst maintaining the pure belief about God and His complete Greatness, Uniqueness and Perfection.

We invite you to look further and investigate Islam. It is not just another religion. It is the same message preached by Noah, Abraham, Moses, Jesus and Muhammad – may peace be upon all of them. Islam means ‘submission to God’ and is a natural and complete way of life that encourages one to give due attention to their relationship with God and His creation. Islam teaches that God is the All-Just and All-Merciful and does not need to sacrifice himself to forgive sins nor is anyone “born into sin”. God judges everyone based on their own deeds and everyone is accountable for their own actions.

Islam teaches us to love and respect all the Prophets of God, but loving and respecting them does not mean worshiping them because worship is due only to God. Acknowledging Jesus as a Prophet of God and becoming a Muslim does not mean changing or losing your Christian identity. It is about going back to the original and pure teachings of Jesus.