People who haven’t heard of Islam. Will they enter hell? – Ask A Muslim Skip to content 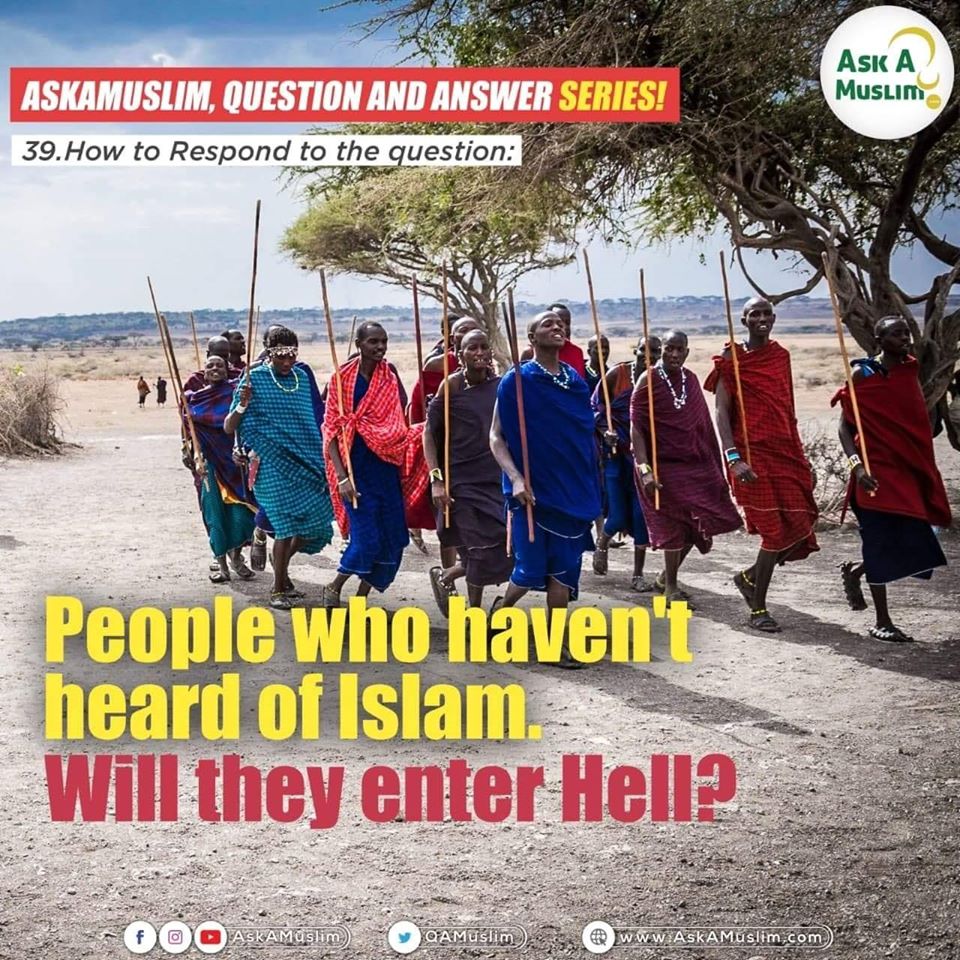 The Condition of People who don’t Know About Islam

Allah says
((We have not sent thee but as a universal (Messenger) to men, giving them glad tidings, and warning them (against sin), but most men understand not.)) 34:28

People of Fatra will be tested in the Hereafter. There will be a person sent to order them to do good. If they obey him, they will enter the Paradise. If they refuse to obey, they will be punished with Hell.”

“And never do We punish any people until We send a Messenger (to make the Truth distinct from falsehood).” (QS. Al Isra/The Night Journey: 15)

There is also a similar hadith narrated by Abu Huraira but the last sentences were:

“Among them, those who obeyed and entered the Hell would feel the coolness of it and eventually be saved. Whereas those who hesitated to enter it, instead would be dragged into it.” (Narrated by Ahmad no. 16345).

By: Ask A Muslim