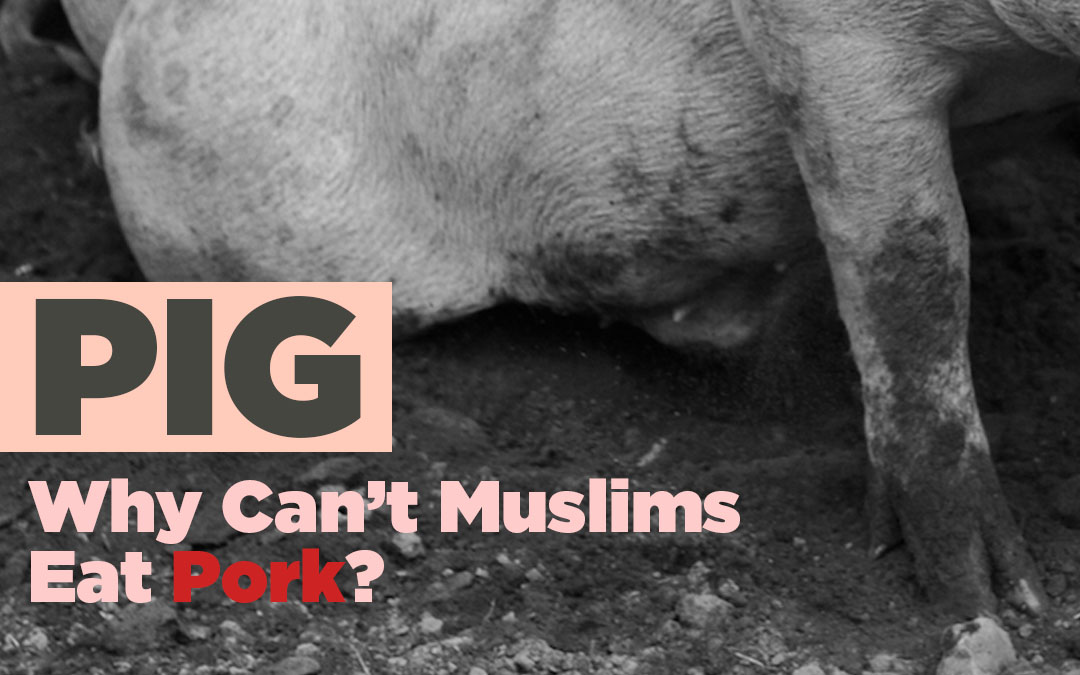 For Muslims, it’s not just about a healthy soul but also a healthy body.

You may not be familiar with a common scenario at a cafeteria or buffet with a Muslim. ‘Excuse me, can you tell me if the fish was fried in the same oil as the sausages?’ ‘Excuse me can you please serve my eggs with a different spoon from the one used for the bacon?’ ‘Is this turkey or ham?’

Muslims will go to lengths to ensure they don’t eat pork, not even something served with the same spoon! The prohibition on the consumption of pork is taken very seriously. Why don’t Muslims eat pork?

Islam is a total way of life that encompasses not just the spiritual aspects that deals with nourishing the soul such as prayer, pilgrimage and charity, but also daily activities like what we eat and drink.

For Muslims, it’s not just about a healthy soul but also a healthy body. We have all heard the phrase ‘You are what you eat.’ The simple idea is if you eat good, pure food you will stay fit and healthy. On the other hand, if you eat foods carrying toxins you may have unwanted health problems. Consumption of pork is linked to numerous health problems. For the world’s 2 billion Muslims, the restriction of pork is not a lifestyle choice but rather a divine command. Obeying that command is an act of worship.

Where Does the Ban on Pork Come From And Why?

God the Creator explains in the Quran in four different places that we must not consume the flesh of swine. One verse specifically mentions the reason for this prohibition:

Say, “I do not find within that which was revealed to me [anything] forbidden to one who would eat it unless it be a dead animal or blood spilled out or the flesh of swine – for indeed, it is impure…” [Noble Quran 6:145]

God is protecting our health because the pig is an unclean animal. It is a scavenger that will eat almost anything it comes across. It even eats its own waste, as well as maggots and decaying animals or vegetables, thus consuming many kinds of toxins.

It is an omnivore, (unlike cows and sheep who are herbivores and chew the cud) with a relatively fast digestion time. It doesn’t filter out toxins and parasites, so they are stored in the pig’s fatty tissue. These large numbers of parasites and viruses can be found in pork and can be passed on to humans who consume the meat.

Cattle and sheep, on the other hand, have three chambers before the stomach. This creates a digestive system that takes between 12-24 hours to process the food and filter out any toxins. Poultry has one additional chamber before the stomach also lengthening the digestive process.

God, who created us and all creatures, knows what is beneficial and what is harmful. We submit and obey. He is the All-Knowing, the All-Seeing and His great wisdom is beyond our comprehension. Restrictions are generally placed on things which cause harm to our body or mind. It is for our benefit even if we don’t understand at first glance.

God wants what is best for His creation. It is a blessing from our Creator that He has placed restrictions on us for our own good. He has made everything good and pure permissible for us to consume.

The prohibition of pork is not unique to Islam. It is also found in the Bible. Pork is also clearly prohibited in their holy scriptures. The ban on swine is found in Deuteronomy 14:18, Isaiah 66:17, and Leviticus 11:7-8.

Some would argue the forbiddance of pork was only for past nations because there was less hygiene. Meat was cooked on open fires and may not be cooked through. Refrigeration was not available which caused the meat to go bad quickly. Since more hygienic packaging processes have been developed and modern techniques of freezing are available, this prohibition should no longer apply. Or should it?

God’s laws do not go out of date. They are for all times and all peoples in all places. The restriction of pork was not due to unhygienic practices. Science warns us pork is not fit for human consumption.

Pork liver is one of the top transmitters of Hepatitis E. (Szabo K et al Intl J of Food Microbiol 2015) In European countries where pork liver is consumed raw in sausages, some studies found as high as 1 in 5 sausages were contaminated with the virus.

There has been a long term link with the Trichinella spiralis parasite (roundworm) and pork causing trichinosis which causes fever, pain, diarrhea and vomiting. Transmission of this parasite is through eating muscle tissue of undercooked infected pork. The parasite can live in the intestines of humans, passing through to other organs via the bloodstream causing a host of conditions.

Studies have also shown a significant link between pork consumption and multiple sclerosis. Nations where eating pork is forbidden (e.g. Middle East) found cases of MS were rare. (Nanji A A Med Hypotheses 1986)

There are plenty of other food options that are not prohibited and are not scientifically proven to be risky to eat.

Just because pork is prohibited doesn’t mean your diet should be bland or boring. Meat from cows, sheep, lamb, poultry and fish are permissible. Also, it’s encouraged to eat plenty of fresh fruit, vegetables, nuts and seeds.

God says in the Quran:

“And the grazing livestock He has created for you; in them is warmth and [numerous] benefits, and from them you eat.” [Noble Quran 16:5]

Food and drink are of great importance. Islam encourages a healthy diet and avoid everything that will cause harm. Today we are fortunate to have so much information at the touch of a button. 1400 years ago much of this information would not have been known and yet Muslims were still protected from all this harm.

Fulfilling Our Purpose Through Obedience

Muslims have a clear purpose in life. Their aim is to accomplish three things. Pleasing God by doing deeds that will be in obedience to Him. Worshiping Him daily. Following the guidance given to them in the Quran and the example of Prophet Muhammad (peace and blessing be upon him).

Muslims are rewarded for obedience of not eating pork and observing this prohibition as an act of faith. How merciful is the Creator to protect His creation from harm and reward them at the same time.