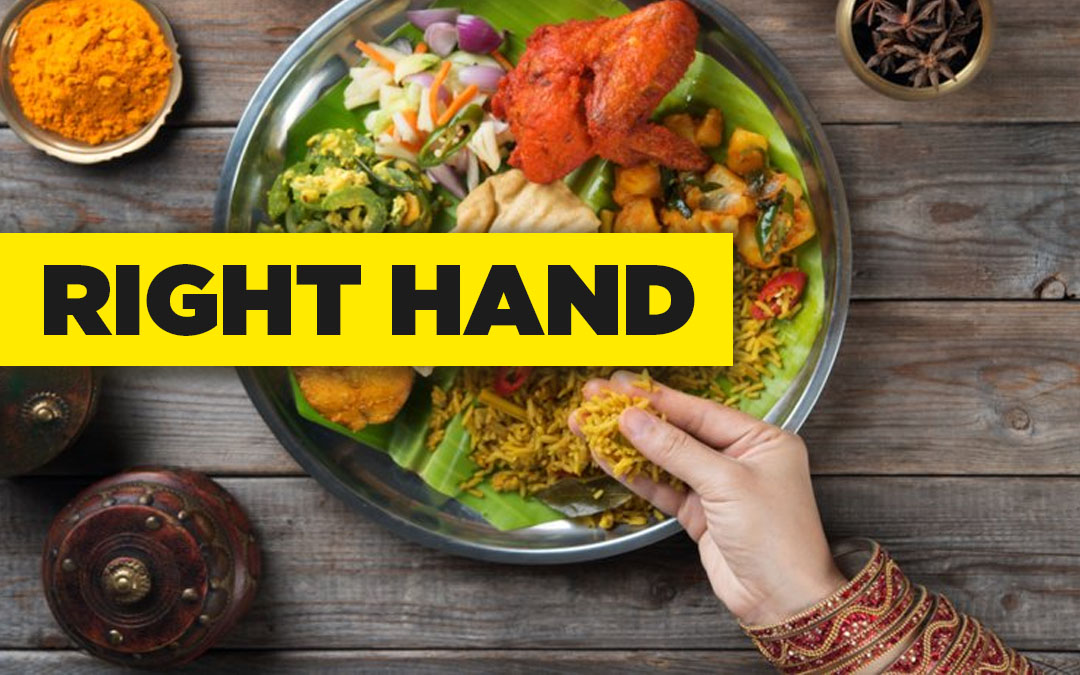 Why is the right hand preferred over the left hand when greeting, eating and in other cases? What is wrong with using the left hand for these purposes?

It is part of Allaah’s complete blessing upon us and the perfection of this great religion, that Islam organizes all aspects of our lives. There is nothing good but it has shown it to us, and there is nothing bad but it has warned us against it. As well as beliefs, acts of worship, interactions with others and morals and manners, that also includes our private affairs in which Islam shows us the way that is befitting to man’s noble status and the way in which Allaah has honoured him. That includes the way the Muslim eats and drinks, and so on.

This is an established principle in sharee’ah: that which has to do with honour and nobility, such as putting on one’s garment and pants and shoes, entering the mosque, using the siwaak, putting on kohl, clipping the nails, trimming the moustache, combing the hair, plucking the armpit hair, shaving the head, saying salaam at the end of prayer, washing the limbs when purifying oneself, exiting the toilet, eating and drinking, shaking hands, touching the Black Stone, etc are all things which it is mustahabb to start on the right or use the right hand. As for things which are the opposite, such as entering the toilet, exiting the mosque, blowing one’s nose, cleaning oneself after using the toilet, taking off one’s garment, pants and shoes, and so on, it is mustahabb to start on the left or use the left hand. All of that is because the right hand is more noble and honoured. This was stated by al-Nawawi in Sharh Saheeh Muslim. There is a great deal of evidence to support this principle, such as the following:

In al-Saheehayn it is narrated that ‘Umar ibn Salamah (may Allaah be pleased with him) said: The Messenger of Allaah (peace and blessings of Allaah be upon him) said: “O young boy, say the name of Allaah and eat with your right hand, and eat from what is nearest to you.” Narrated by al-Bukhaari (5376) and Muslim (2022).

In Saheeh Muslim (2021) it is narrated that a man ate with his left hand in the presence of the Messenger of Allaah (S). He said: “Eat with your right hand.” He said: I cannot. He said: “May you never be able to,” for nothing was preventing him from doing so but arrogance. And he never raised it to his mouth again.

In Sunan Abi Dawood (33) it is narrated that ‘Aa’ishah (may Allaah be pleased with her) said: The right hand of the Messenger of Allaah (peace and blessings of Allaah be upon him) was for his purification and food, and his left hand was for using the toilet and anything that was dirty. Classed as saheeh by al-Albaani in Saheeh Abi Dawood.

Muslim (262) narrated that Salmaan (may Allaah be pleased with him) said: He (meaning the Prophet (peace and blessings of Allaah be upon him)) forbade any one of us to clean himself with his right hand.

Allaah has warned us against disobeying the commands of the Messenger of Allaah (peace and blessings of Allaah be upon him), as He says (interpretation of the meaning):

“And let those who oppose the Messenger’s (Muhammad’s) commandment (i.e. his Sunnah __ legal ways, orders, acts of worship, statements) (among the sects) beware, lest some Fitnah (disbelief, trials, afflictions, earthquakes, killing, overpowered by a tyrant) should befall them or a painful torment be inflicted on them” [al-Noor 24:63]

This applies if one is able to eat with the right hand. But if one is unable to do so, there is no sin in that. Al-Nawawi said in Sharh Muslim (13/191): The objection to eating and drinking with the left hand applies so long as there is no excuse. If there is an excuse which prevents one from eating and drinking with the right hand because of sickness, injury etc, then it is not makrooh. End quote.

Al-Ghazaali said in al-Ihya’ (4/93): Then the One Who gave you two hands to do things with, some of which are noble, such as picking up the Mus-haf, and some are ignoble, such as removing impurities. So if you pick up the Mus-haf with your left hand, and you remove impurities with your right hand, then you have used that which is noble to do something ignoble, and you have neglected its rights and wronged it, and turned away from what is proper. End quote.

To sum up what the scholars have said about the reasons why the right hand is preferred for things that are noble: