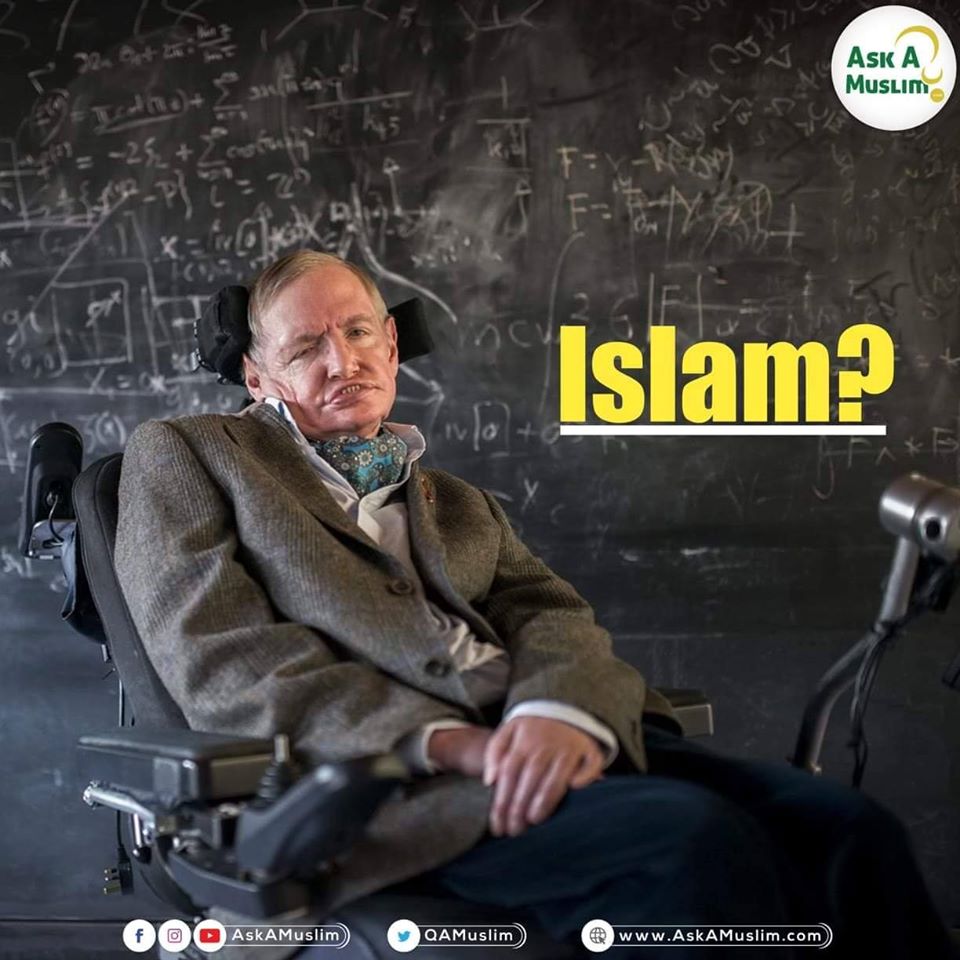 How can you prove God exists?

■1.Proof God exists on the basis of providence”?
■2- faults we see in atheism
■3. Response to silly premise by Hawkings that gravity laws created us!!!

🎈Everything ultimately in existence, starting from the quarks which are the smallest sub-atomic particles ever allocated up to the galaxies, caries an extent of functional complexity.

💐An example for this is the lamp: this is a functional complexity. The electric lamp is made up of a coil, a lead wire that connects electricity to the coil, inert gas that protects the coil and does not affect it or the electricity, a glass bulb that prevents the entry of air or the exit of the inert gas which would otherwise burn the coil, and finally the base of the lamp which connects the lamp with the socket and ensures the passage of the electrical current.

Here the electric lamp demonstrates a system of complexity that cannot be dismissed or simplified. Since it carries a rudimentary rational indication to the mastery of the manufacturer, then the one who denies the masterful formation of the lamp or assumes that it originated by chance is the one required to fetch a proof to his assumption!

The lamp-maker knows pretty much well what electricity means, how it is conveyed, the benefit of the lamp and the sensitivity of the coil; that’s why the

presence of the lamp is in itself a proof on the mastery of the maker, while having a diverse array of lamps can never be a proof that it is all just mere chance!

🌸Using this same rationalization we can deduct that a creature with all this functional complexity – the human being – must have had an originator.

👊So, if you look at the 4 components of the lamp and deduce that it must have had a maker, and you do not realize that you too must have had a Maker, then the problem is in your way of thinking.

Allah says what means, “Were they created out of nothing, or are they their own creators?” (TMQ, 52:35).

👉🏼1) Either they came out of nothing and this is impossible since nothingness cannot bring anything since it is already nonexistent.

👉🏼2) Or, they created themselves and this too is impossible since it is an evident absurdity.

🌼Causality, as one of our evidence of the Almighty Creator, does not depend on
intellect and extrapolation. It is rather a rational principle based on the basic psychological necessities.

💥Why can’t we say that there is a material reason for the creation of the universe; for example, another civilization or something else? Why stick to the Eternal Deity specifically?

👉🏼*There is a rule that was established by the Islamic scholars since more than a thousand years ago. This rule states that having a series of actors consequently leads to non-action

So, there is a series of creators, and this series leads necessarily to non-action.

***Non-action means lack of any creation like the universe, mankind and so forth. Hence, the sequence of actors leads to lack of emergence of any universe into existence.

If one of the civilizations depended on the emergence of another (which has formed it), and this first civilization also depended on another to form it, we will just keep going to infinity from one civilization to the one that preceded it without reaching an end. Consequently, there has to be a First Creator that started everything with a first action.

To make this a bit simpler let us imagine we have some domino pieces arranged one after the other, so if one falls, the whole stack will fall. If we assume that a particular piece will not fall until the one before it falls and that the one before it will not fall until the one before it falls… and so on… then no piece will fall
unless the sequence of pieces have a beginning to start with. If the pieces go on to infinity then no piece will ever fall! Hence, if the sequence was infinite no creation would be there, since the doer’s
existence will depend on another and so forth. Which takes us to our first argument; had the sequence been infinite there would have been no creation, no action and no existence.

There has to be a beginning, a start for the creation, and hence a First Creator.

So, anything accidental that needs an instigator must necessarily have an originator, and if we say that there is a need for an instigator then none of this
could have emerged unless the long sequence of events had a very beginning.

If you ask who is the originator of our originator

2. Response to Hawking on gravity:

This is why we assert that there is a First Creator before whom nothing else ever existed.

We know the laws that govern the universe and we know what causes the volcanoes, so why do we need a creator if we know all the laws?

🥀Atheists assume that the laws are in themselves enough for creating and originating the universe.

💥Stephen Hawking used this premise and theorized that the law of gravity is in itself enough for creating the universe, as he explained in his book “The Grand Design6″

“Hawking’s report went viral over the world news and all the media and popular websites shared it.

The law by itself is incapable of doing anything without the emergence of things!

The law of gravity does not produce a billiard ball, it can only move it once it emerges and once it is hit by the billiard stick.

3. What is the fault we see in atheism?

👉🏼Atheism requires a degree of faith much higher than that needed for faith. But it is a kind of faith based on false suppositions and absurd fantasies. To be an atheist you need to imagine that:

a) Nil was added to nil and the result was something great, so unimaginably great and intricate.

b) Chance brought all the intricate and precise laws of physics; although the two conditions of chance (time and space) were not even there when the universe came from no time and no space.

c) Randomness gave way to life, although the human mind with its magnificent power is incapable of producing the simplest forms of life.

d) All the moral values and their foundations (which we certify and which all take a route opposing to that of matter, since authentic morals are a burden on matter and a minus value when it comes to personal gain and benefit) are an outcome and a product of matter.

You need to believe all the above to become an atheist; meaning that atheism is a
kind of faith as well, but it is a kind of faith that is not based on any knowledge or divine text.