The Economic System of Islam (part 1 of 2): The Sources of Islamic Economics – Ask A Muslim Skip to content 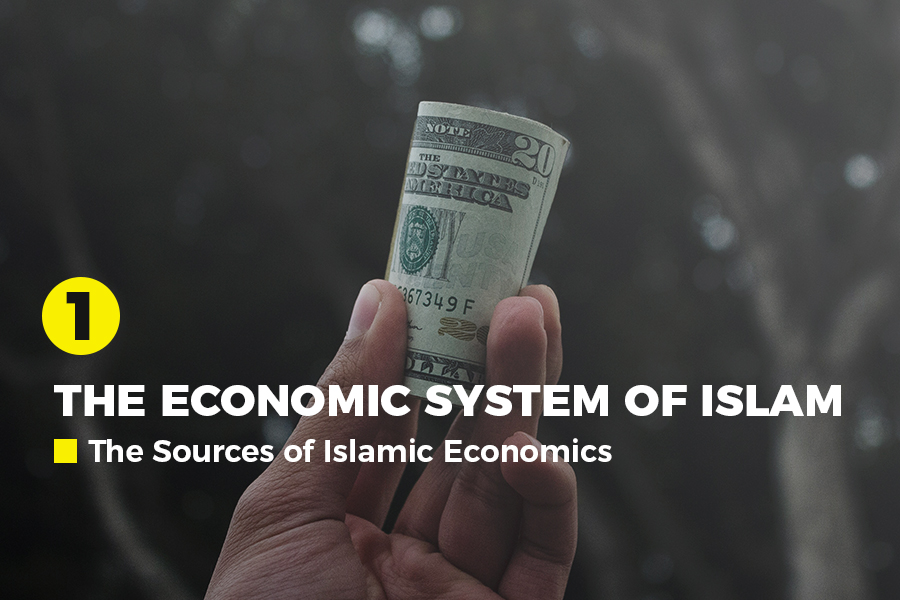 As a complete way of life, Islam has provided guidelines and rules for every sphere of life and society.  Naturally, a functioning economic system is vital for a healthy society, as the consumption of goods and services, and the facilitation of this by a common medium of exchange, play a major role in allowing people to realize their material and other goals in life.

Islam has set some standards, based on justice and practicality, for such economic systems to be established.  These standards aim to prevent the enmity that often occurs between different socioeconomic sections.  Of course, it is true that the gathering of money concerns almost every human being who participates in transactions with others.  Yet, while these standards recognize money as being among the most important elements in society, they do not lose sight of the fact that its position is secondary to the real purpose of human existence, which is the worship of God.

A society that implements Islamic laws and promotes Islamic manners will find that it bring together all the systems – social, economic, and so forth – that it deals with.  Islam teaches that God has created provision for every person who He has brought to life.  Therefore, the competition for natural resources that is presumed to exist among the nations of the world is an illusion.  While the earth has sufficient bounty to satisfy the needs of mankind, the challenge for humans lies in discovering, extracting, processing, and distributing these resources to those who need them.

Islam consists of a set of beliefs which organizes the relationship between the individual and his Creator; between the person and other human beings; between the person and universe; and even the relationship of the person to himself.  In that sense, Islam regulates human behavior, and one type of human behavior is economic behavior.  Economic behavior is dealt by Muslims as a means of production, distribution, and consumption of goods and services.  In Islam, human behavior -whether in the economic area or others – is not value free; nor is it value neutral.  It is connected with the ideological foundation of the faith.

The Sources of Islamic Economics

The Islamic economic system is defined by a network of rules called the Shariah.  The rules which are contained in the Shariah are both constitutive and regulative, meaning that they either lay the rules for the creation of economic entities and systems, as well the rules which regulate existing one. As an integral part of the revelation, the Shariah is the guide for human action which encompasses every aspect of life – spiritual, individual, social, political, cultural, and economic.  It provides a scale by which all actions, whether on the part of the individual agents, society, and the state, are classified in regards to their legality.  Thus there are five types of actions recognized, namely: obligatory; recommended; permissible; discouraged; and forbidden.  This classification is also inclusive of economic behavior.

The basic source of the Shariah in Islam is the Quran and the Sunnah, which include all the necessary rules of the Shariah as guidance for mankind.  The Sunnah further explains these rules by the practical application of Prophet Muhammad, may the mercy and blessings of God be upon him.  The expansion of the regulative rules of the Shariah and their extensions to new situations in later times was accomplished with the aid of consensus of the scholars, analogical reasoning – which derived rules by discerning an analogy between new problems and those existing in the primary sources – and finally, through textual reasoning of scholars specialized in the Shariah.  These five sources – the Quran, the Sunnah, consensus of the scholars, analogical reasoning, and textual reasoning – constitute the components of the Shariah, and these components are also used as a basis for governing economic affairs.

In summary, we can say that the Islamic Economic system is based upon the notion of justice  It is through justice that the existence of the rules governing the economic behavior of the individual and economic institutions in Islam can be understood.  Justice in Islam is a multifaceted concept, and there several words exist to define it.  The most common word in usage which refers to the overall concept of justice is the Arabic word “adl”.  This word and its many synonyms imply the concepts of “right”, as equivalent to fairness, “putting things in their proper place”, “equality”, “equalizing”, “balance”, “temperance” and “moderation.” In practice, justice is defined as acting in accordance with the Shariah, which, in turn, contains both substantive and procedural justice[2]  covering economic issues.  Substantive justice consists of those elements of justice contained in the substance of the Shariah, while procedural justice consists of rules of procedure assuring the attainment of justice contained in the substance of the Law.  The notion of economic justice, and its attendant concept of distributive justice,[3]  is particularly important as an identifying characteristic of the Islamic economic system.  The rules governing permissible and forbidden economic behavior on the part of consumers, producers and government, as well as questions of property rights, and of the production and distribution of wealth, are all based on the Islamic view of justice.

(a)   individual obligations, rights, and self-interest;

(h)  competition and cooperation; and

[1] The Sunnah is general body of narrations of the speech, deeds, and tacit approvals of the Prophet.

[2] “Substantive justice means reaching the ‘right’ result. Procedural justice means getting the result in the ‘right’ way.”  (A speech entitled “Effective Arbitration Techniques in a Global Context” delivered by the Secretary for Justice of Hong Kong ,Ms Elsie Leung)