One Direction, One people, One God 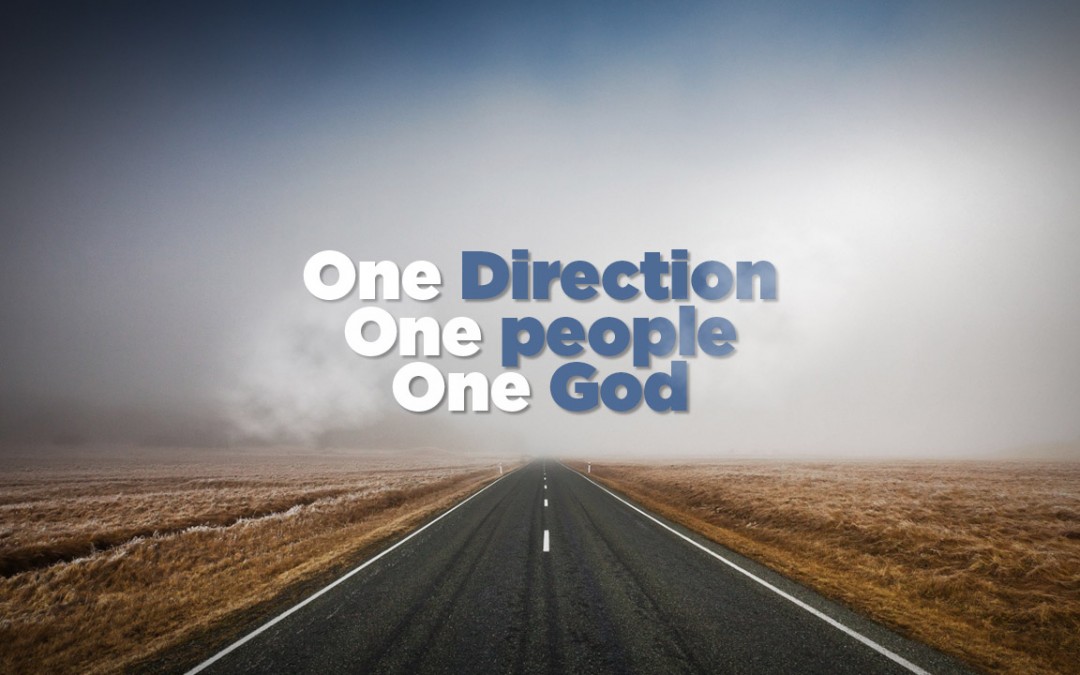 There are more than 1.5 billion Muslims in the world, and each time they pray, they turn their faces in one direction, towards Mecca. The Islamic term for this direction is Qiblah. When a Muslim prepares to pray, no matter where he is, he turns towards the Qiblah, the direction of the Ka`bah. The Ka`bah is a small cube shaped building in the courtyard of the mosque known as Masjid Al Haram, in the city of Mecca, in the country of Saudi Arabia.

For every nation there is a direction to which they face (in their prayers). So hasten towards all that is good. Wheresoever you may be, God will bring you together (on the Day of Resurrection). Truly, God is Able to do all things. And from wheresoever you start forth (for prayers), turn your face in the direction of Al-Masjid-al-Haram (at Mecca), that is indeed the truth from your Lord. And God is not unaware of what you do.” (Al-Baqarah 2:148-149)

Muslims do not worship the Ka`bah, or its contents, it is simply a focal point. Muslims worship One God, the Most Merciful, and the Most Wise. God decreed that when Muslims pray they all face one direction. It is a sign of unity that encapsulates the unity embedded in the religion of Islam.

The Arabic word for prayer is salah and it demotes a connection between the believer and God; when all believers face the same direction it adds an extra dimension to the connection. The prayer connects the believers to God and the Qiblah connects the believers to one another. It has been said that if one could observe all the Muslims at prayer we would be able to see lines of worshippers bowing and prostrating like the petals of a flower opening and closing in unison.

The Qiblah was not always oriented towards Mecca. The first Muslims prayed towards the Al Aqsa Mosque in Jerusalem. Around sixteen months after Prophet Muhammad and his followers migrated from Mecca to the city of Medina, the Qiblah was changed to the Ka`bah. According to accounts by Prophet Muhammad’s companions, the change happened very suddenly. During the noon prayer, Prophet Muhammad (peace be upon him) received a revelation from God instructing him to, “Turn your face towards the Masjid Al Haram”.

And thus we have made you a just community that you will be witnesses over the people and the Messenger will be a witness over you. And We did not make the Qiblahh which you used to face except that We might make evident who would follow the Messenger from who would turn back on his heels. And indeed, it is difficult except for those whom Allah has guided. And never would Allah have caused you to lose your faith. Indeed Allah is, to the people, Kind and Merciful. We have certainly seen the turning of your face, [O Muhammad], toward the heaven, and We will surely turn you to a qiblahh with which you will be pleased. So turn your face toward al-Masjid al-Haram. And wherever you [believers] are, turn your faces toward it [in prayer]. Indeed, those who have been given the Scripture well know that it is the truth from their Lord. And Allah is not unaware of what they do. (Al-Baqarah 2:143-144)

Changing the direction of prayer establishes Mecca as the fixed central point for worship. It establishes a common sense or purpose.

Throughout the centuries, mathematicians and astronomers have established correct ways to determine the Qiblah (direction) from any point on the earth’s surface. There are two precise moments each year when the sun is directly above the Ka`bah, thus the direction of shadows in any sunlit place will point away from the Qiblah. There are also two moments per year when the sun is directly over the exact opposite position of the Ka`bah, thus pointing towards the Qiblah.

It is important the Muslims make every effort to face the right direction when praying; however, slight deviations do not invalidate a person’s prayer. Prophet Muhammad said, “What is between the east and the west is Qiblah”. (At-Tirmidhi) Nowadays it is easy to locate the Qiblah. It is a simple matter to look at a map and draw a line between your location and the city of Mecca. Compasses and computer programs that locate the Qiblah are readily available and most mosques throughout the world have a niche in the wall to indicate the Qiblah.

Islam is a religion of unity. Muslims are united by their belief in One God. They are one brotherhood united in the language and ritual of prayer and united by the direction of their worship. The Qiblah is not only about degrees of latitude or longitude it is about unity. It is about humankind united in the worship of the One God, Creator, and Sustainer of the universe.

Source: Taken with modifications from Islamreligion.com